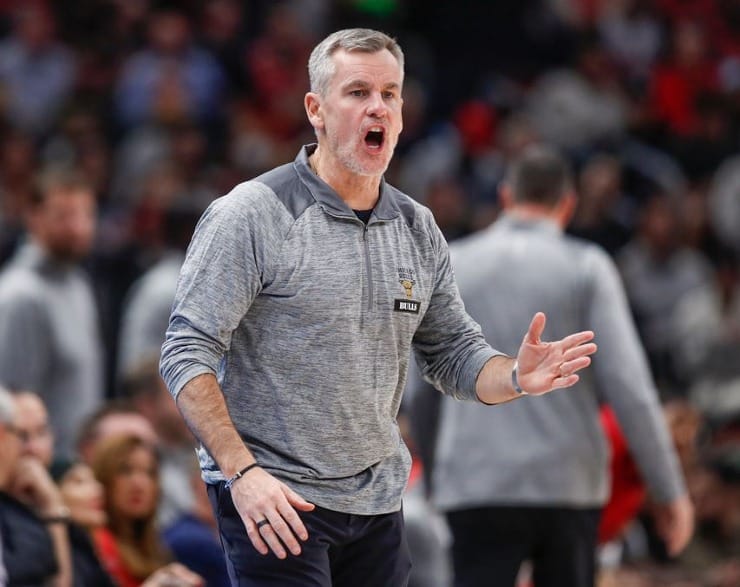 Chicago Bulls coach Billy Donovan knows his team has dealt with a number of injuries, and the seventh-year NBA coach believes his roster is one of the best in the league when healthy.

“I really felt after sitting down and talking to the front office that the hard part was, we never saw our team really hold together for a long period of time,” Donovan told Steve Bulpett of Heavy.com.

Some NBA betting sites are showing the Bulls with the 19th-best odds to win the championship in 2023. However, check out which sportsbooks are giving the Atlanta Hawks and Miami Heat better playoff chances.

“I think the feeling was, you know what, like, hopefully we can get healthy, and we can see what this group looks like,” said the Bulls coach.

“Last year it started about the seventh or eighth game when Patrick Williams broke his wrist, and then it kind of snowballed after that.”

Williams missed 65 games last season due to his wrist injury. In 17 appearances, the forward averaged 9 points and 4.1 rebounds per contest while shooting 52.9% from the field and 51.7% from long range.

“But I think the feeling was let’s see what this looks like, you know?” continued Donovan. “So hopefully we can get whole to find out what it does look like at some point, but we haven’t been that way yet.

As I look at it, I think a lot of teams have had to deal with the same thing we’ve dealt with — maybe not to the level we have. I think we’ve had more missed games than any other team.”

Billy Donovan said everything is “very, very optimistic” right now regarding Lonzo Ball. Has started running in water. No timeline for return.

Per K.C. Johnson of NBC Sports Chicago, Donovan is optimistic on Ball’s knee recovery, but the timetable for his return remains unknown.

“It’s hard, but you know what, you try to focus on what you can control and focus on the impact you can make,” added Donovan.

“Some of those players just weren’t coming back last year, and obviously we’re dealing with some of that right now with Lonzo still being out,” explained the Bulls coach.

“We’ve been without some good players, and you want them there on your roster and you want to be able to use them. When they’re not there, we’ve got to give ourselves the best opportunity to compete and put ourselves in position to win.”