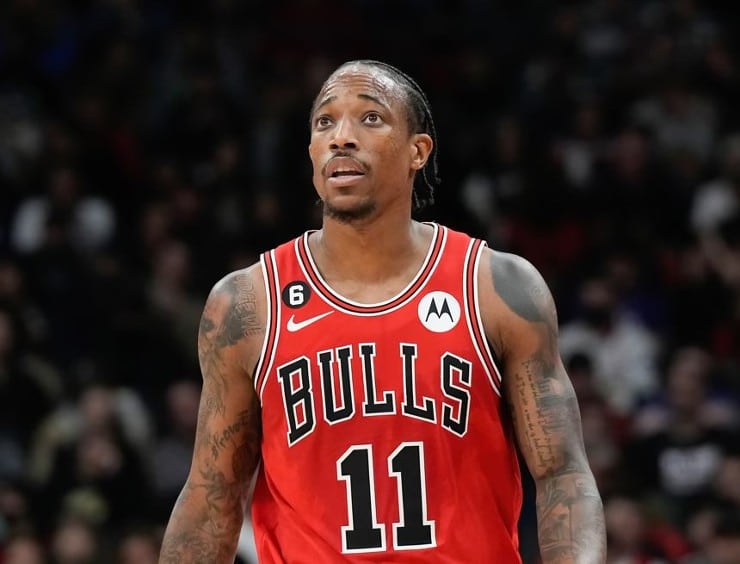 Chicago Bulls forward DeMar DeRozan (right quad strain) has been downgraded to questionable, and Tony Bradley (COVID-19) is out for Wednesday night’s road game against the Washington Wizards.

Alex Caruso (right ankle sprain) was upgraded to probable, and Javonte Green (right knee) is out indefinitely. Green is expected to undergo an arthroscopic debridement of his right knee this afternoon. He will be re-evaluated in two weeks.

Based on a few NBA betting sites, the Bulls possess the 10th-lowest odds to win the championship. Some sportsbooks are giving the New York Knicks and Atlanta Hawks better odds to qualify for the playoffs.

Bradley Beal (left hamstring strain) is out but should be reevaluated

As for Tony Bradley, the sixth-year guard has only appeared in nine games off the bench. He’s averaging 1.3 points and 1.1 boards with Chicago. Last season, in 55 appearances, the UNC product logged 3.0 points and 3.4 rebounds per contest.

Regarding Washington’s injury report, three players are listed as questionable: Kristaps Porzingis (ribs), Daniel Gafford (ankle), and Corey Kispert (back). In addition to Bradley Beal (hamstring) remaining out indefinitely, Johnny Davis (hip) was downgraded to out.

Both struggling teams are 6-4 in their last 10 games. However, the Wizards are currently on a three-game skid. Chicago has won three of its past four contests, but the team’s 107-99 loss to the Boston Celtics on Monday night snapped its three-game win streak.

Injury Update: Javonte Green will undergo an arthroscopic debridement of his right knee on Wednesday.

He will be re-evaluated in approximately two weeks.

Meanwhile, Washington is 3-9 in its past 12 meetings versus Eastern Conference opponents. Not to mention, the Wizards are 1-8 ATS in their last nine games played in January. They’re 10-8 at home, 8-6 as favorites, and 17-24 overall.

According to ESPN’s Basketball Power Index, the Bulls have a 54.5% chance of defeating Washington away. Sportsbooks show Chicago as a 1.5-point underdog.