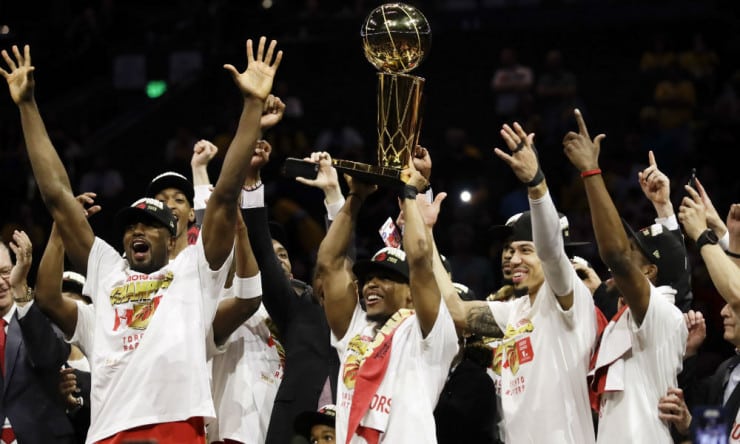 Last season was mesmeric for the Toronto Raptors, as they were finally able to get their hands on a prize that they never believed in their wildest dreams that they would. A Kawhi Leonard-inspired Raptors clinched their first NBA Championship win success over the Golden State Warriors, and there was already a sense that it was never going to get better than this.

However, the almost inconceivable back-to-back dream could be on the Raptors’ agenda this season, and teams should underestimate them at their peril. The Milwaukee Bucks have been getting all the attention, with Giannis Antetokounmpo being the standout star, but there is an argument to be made that the best team in the Eastern Conference is actually the Toronto Raptors.

Defense is the name of the game when it comes to winning championships, and there are very few better than the Raptors. The team bases itself on the core defensive principles. The players’ determination to win another championship can be seen in the effort they put in when protecting their basket. The stats also point to the Raptors defense being an asset, as they have allowed the fewest opposition points per game, and rank as the third-best team in terms of steals.

Fred VanVleet has been a revelation this season, and he has made an average of 1.9 steals per game. The averages of the players when it comes to blocks per game are further evidence of their team defensive unit, with Pascal Siakam, Serge Ibaka, OG Anunoby, and Marc Gasol averaging over 0.5 blocks per game.

The Toronto Raptors arguably have the best coach in the NBA, with Nick Nurse revolutionizing not only the Raptors as a team but also the way that Canada sees basketball. Nurse very rarely gets his tactics wrong, especially when the pressure is really on. The series against the Golden State Warriors in last year’s final is evidence of that.

Many coaches may have panicked with the departure of Leonard, but Nurse has reinstalled trust in the remainder of the team that won the championship, and they have delivered in their spades in this season. Siakam, VanVleet, and Kyle Lowry are all averaging over 17 points per game. It is also important to remember that the Raptors have a record of 52-19 to this point, which is better than the record that they had last season.

When it comes to winning the NBA Championship, experience is one of the most crucial factors according to the experts at USsportsbonus.com. That is one of the biggest factors why the best sides that have been able to build a dynasty have remained dominant. The Raptors have that experience, and that will mean that their confidence going into the post-season will be sky-high. The run to finals last season also wasn’t easy for the Raptors, as they had to overcome Jimmy Butler’s Philadelphia 76ers and Antetokounmpo’sBucks.

The playoffs are completely unlike the regular season, and Toronto’s experience last season will leave them in a great position to repeat that feat. It also plays to their advantage that they have been overlooked throughout the majority of the season, with some experts even predicting that the Boston Celtics are really the team to watch from the east despite having a worse record. Teams underestimated the Raptors last season and paid the price, and that will certainly be the case again next season if they fail to respect the reigning NBA champions.