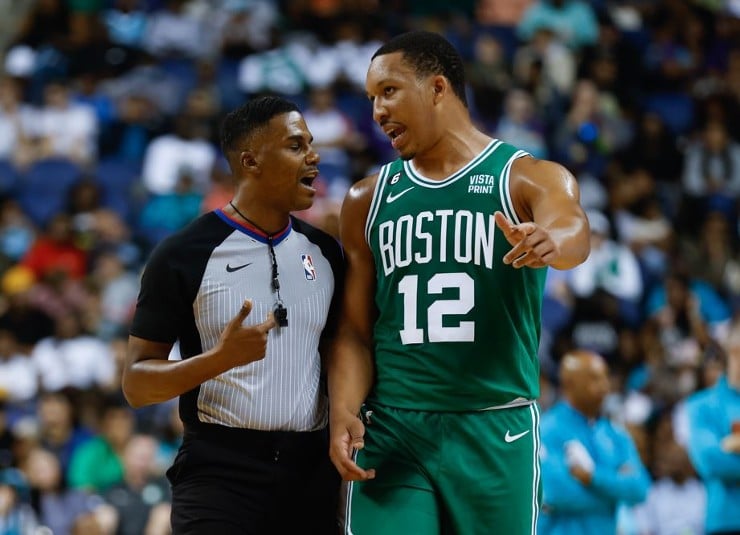 The Boston Celtics and forward Grant Williams had until Monday evening to agree on a contract extension. Of course, the two sides fell short on negotiating a new deal.

A few NBA betting sites are giving the Celtics the best odds to win their 18th championship in 2023. Nonetheless, some sportsbooks are showing higher odds for the Golden State Warriors and Los Angeles Clippers.

In the 2021-22 season, the forward posted career-high numbers. Last season, in 77 appearances, Williams averaged 7.8 points, 3.6 rebounds, and 1 assist per game.

Moreover, in Game 7 of the Eastern Conference Finals, the wing scored a career-high 27 points in the Celtics’ 109-81 win over the Milwaukee Bucks.

Contrary to popular belief, the Tennessee product now has a bit of leverage over Boston. He’s improving each season. Needless to say, the forward understands his worth.

Celtics forward Grant Williams refuses to accept less than he’s worth, reiterates the importance of value

A few weeks ago, per Michael Scotto of HoopsHype, four anonymous NBA executives mentioned that Williams’ annual value is in the $12-13 million range. With the Celtics, it is unknown what amount the forward rejected.

“For an extension now, he’s [Grant Williams] probably in the $12-14 million territory,” explained the unnamed source.

“I think $15 million is not out of the question, but definitely on the high end, and it means they’d think he’s going to be a starter.”

On Tuesday, Williams explained his position to team reporters. “It’s one of those things that, you never want to take a bad deal for no one around you,” said the Celtics forward.

“For me, it wasn’t a matter of life-changing money, it was a matter of value, not only for this year, but for years to come. I think that from both sides, we all negotiated from that point, and there was no ill will. There were no frustrations.”

If Grant Williams receives an All-NBA honor in the 2022-23 season, will the Celtics offer him a max extension next summer? As things are right now, some analysts believe the wing needs another season to prove himself.

Playing alongside Jaylen Brown and Jayson Tatum, he will have plenty of opportunities to impress the Celtics this season — as if he hasn’t already.