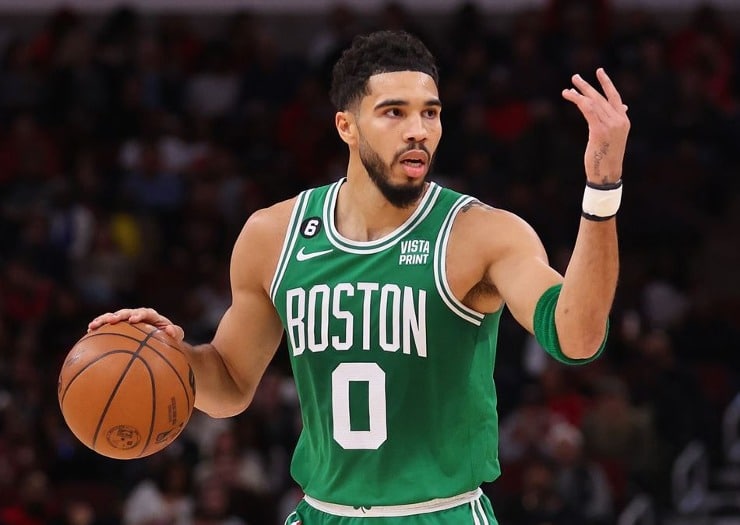 Boston Celtics forward Jayson Tatum is having an MVP season, and the three-time All-Star believes he’s the best player on the court during games. At least that’s what he tells himself.

“I feel like I’m the best player when I step on the court,” Tatum said following the Celtics’ 122-118 overtime win over the Los Angeles Lakers. Tatum ended his night with 44 points, nine rebounds, and six assists in 44 minutes of action.

According to a few NBA betting sites, the Celtics possess the best odds to win the championship in 2023. Some sportsbooks still show favorable odds for the Milwaukee Bucks and Golden State Warriors.

"I feel like I’m the best player when I step on the court" pic.twitter.com/BjPVwMNfLn

Indeed, Tatum should feel like the best player on the court right now. The sixth-year forward recorded his fourth 40-point game this season. And the 24-year-old has logged 13 double-doubles as well.

Twenty-nine games into the 2022-23 season, Tatum is the betting favorite to win MVP. A number of sportsbooks show the Celtics star ahead of Luka Doncic, Giannis Antetokounmpo, and Joel Embiid.

Although the Celtics outscored Los Angeles 37-24 in the opening quarter on Tuesday night, the C’s were outscored 60-45 in the second half. Boston played without Al Horford, who missed his fifth straight game.

However, during the fourth quarter, the Lakers blew a 14-point lead.

This stat is ridiculous 🔥 pic.twitter.com/djFZximFkO

“That is where NBA games are won and lost, and we didn’t do a good job managing that part of the game. So we’ll take the positives of how we worked to get back in the game and then managed a run to end it, but we’ll also focus on that stretch.”

Additionally, the Celtics are averaging a league-best 119.4 points per game. Their offensive efficiency rating also ranks at the top (1.156). But Boston has struggled on defense against playoff teams.

They rank 13th overall, allowing 112.6 points per game. Their defensive efficiency rating is 1.090, which ranks 14th in the league as well. Boston remains one game ahead of the Milwaukee Bucks for the top seed in the Eastern Conference standings.