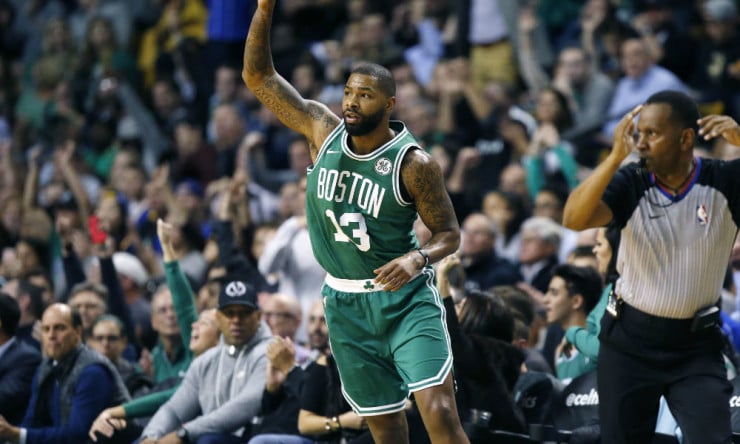 Boston Celtics forward Marcus Morris got ejected between free throw attempts late in the fourth quarter of Saturday’s win over the Toronto Raptors. Then he patted a referee on his backside before leaving the court — to a standing ovation from fans inside TD Garden.

Morris took umbrage when Toronto’s CJ Miles fouled him near midcourt as Morris attempted to run out the clock with Boston up double digits en route to a 110-99 triumph in a battle of the top teams in the East.