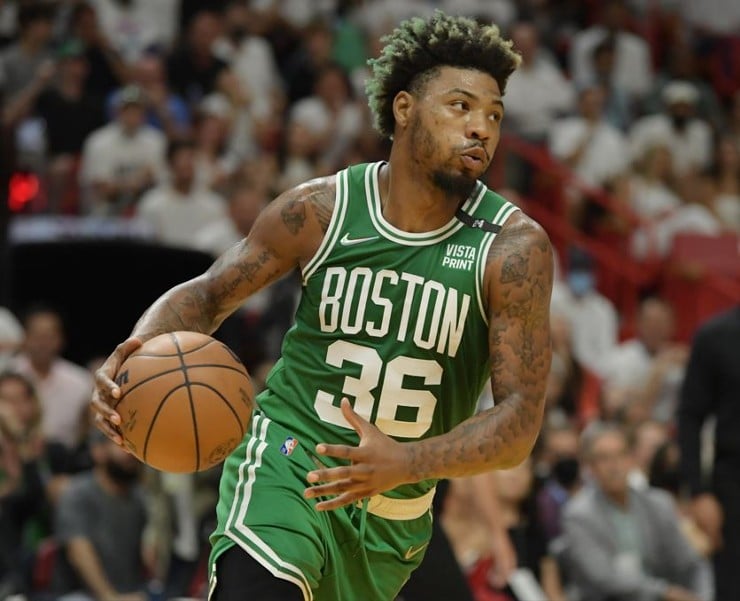 Boston Celtics guard Marcus Smart (illness) has been upgraded to probable for Friday night’s home game against the Minnesota Timberwolves. However, center Robert Williams III has been downgraded to questionable due to an illness.

Of course, Danilo Gallinari will miss the entire season because of an ACL tear. Smart, Williams, and Gallinari are the only players listed. Over Boston’s last 10 games, the team has won only four games. Not to mention, the C’s are on a three-game skid.

Per multiple NBA betting sites, the Celtics are the No. 1 favorite to win the championship in 2023. Check out which sportsbooks are still showing favorable odds for the Milwaukee Bucks and Los Angeles Clippers.

Marcus Smart has been upgraded to probable from that illness that has been going around the team but Rob Williams is now questionable with an illness.

Smart has missed four games this season, but the nine-year veteran is slated to return against Minnesota. Through 28 starts, the guard is averaging 11.8 points, 3.3 rebounds, 7.3 assists, and 1.3 steals per game. He’s shooting 34% from 3-point range and a career-best 43.1% from the field as well.

Additionally, the Celtics are 11-5 at home this season, whereas the Timberwolves are 7-8 on the road. Boston is now a half game back behind the Bucks for the top seed in the East. Meanwhile, Minnesota ranks sixth in the Western Conference standings.

As for the Timberwolves’ injury report, Rudy Gobert (ankle) and Kyle Anderson (back) are questionable. Also, Jordan McLaughlin (calf) was downgraded to out. To add to the list, Karl-Anthony Towns (calf) and Taurean Prince (shoulder) remain out indefinitely.

Minnesota has fared better over its last 10 games, having won five contests during this stretch. Plus, the Timberwolves are 7-2 in their previous nine games versus Eastern Conference opponents. However, they are 1-10 against the spread in their past 11 matchups versus the Celtics.

Although the Celtics are 1-5 in their last six contests, they are 11-5 in their past 16 games played on a Friday. And the team is 9-0 ATS in its previous nine home games versus the Timberwolves.

According to ESPN’s Basketball Power Index, the Celtics have an 86% of defeating Minnesota at TD Garden. Sportsbooks show Boston as a heavy 10-point favorite at home.