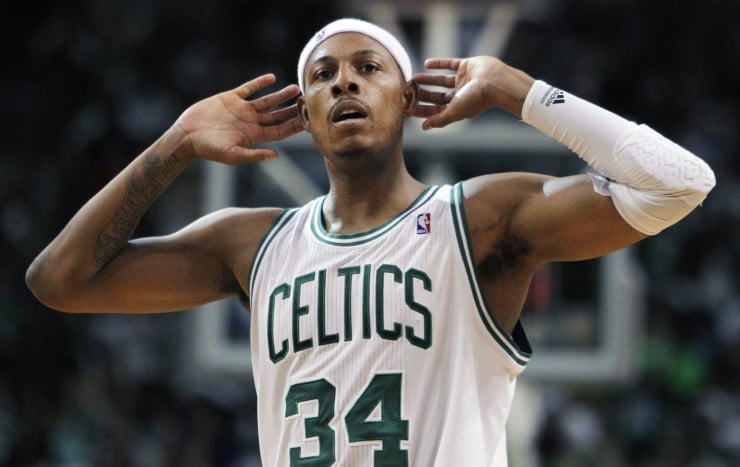 Less than a decade after tears filled his eyes as he raised the Boston Celtics’ 2008 title banner, Paul Pierce was all smiles as his No. 34 went the rafters at TD Garden during a jersey retirement celebration Sunday following the Celtics’ 121-99 loss to the Cleveland Cavaliers.

Surrounded by his family, Pierce watched his No. 34 jersey takes its place alongside other Celtics legends and Boston’s 17 championship banners. He then grabbed the Larry O’Brien trophy from the 2008 NBA Finals and raised it in celebration at center court as Celtics fans roared and serenaded him with a “Thank You Paul Pierce” chant.