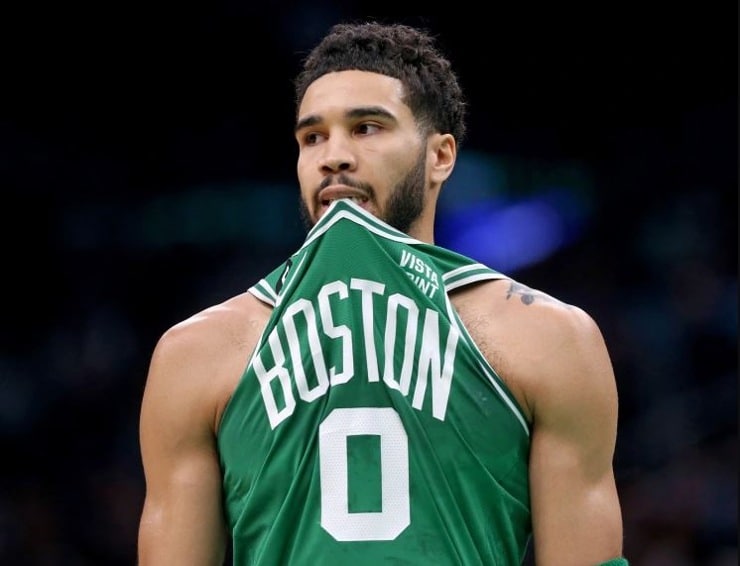 Boston Celtics forward Jayson Tatum knows his team is in a slump, having lost three straight games. Following their 117-112 loss against the Indiana Pacers on Wednesday, the three-time All-Star discussed Boston’s latest struggles.

“We gotta learn how to win again,” said Tatum. “It’s not as simple as that, but we have to get back to having fun. We’re playing a little timid, a little tight. Basketball’s supposed to be fun.”

A few NBA betting sites show the Celtics as the clear-cut favorite to win the championship in 2023. Check out which sportsbooks are giving the Milwaukee Bucks and Golden State Warriors the next-best odds.

We just gotta re-group, we gotta learn how to win again…we gotta get back to having fun…basketball is supposed to be fun. pic.twitter.com/3zGybidP2e

Tatum led the Celtics in scoring with 41 points on Wednesday night. Along with ended his performance with five rebounds, four assists, two steals, and one block, he shot 13-of-25 (52%) from the field and knocked down four 3-pointers.

Jayson Tatum believes the Celtics are losing because they’re not having fun, playing with a lack of determination

Through 30 starts this season, the sixth-year player is averaging career highs of 30.6 points, 8.1 boards, and 37.2 minutes per game. Plus, he’s shooting 47.2% from the floor and 35.8% from downtown. At the moment, sportsbooks show Tatum as the betting favorite to win MVP this season.

Of course, Boston played without Marcus Smart due to a non-COVID illness. Although the C’s outscored Indiana 42-29 in the third quarter, the Pacers led 71-43 at halftime. Considering this matchup was at TD Garden, it appears the Celtics have lost a step.

“That second half showed us we can have and play with a sense of urgency, and I think we will.”

Our team felt a shift in the second half of Wednesday night's matchup vs. Indiana and hopes to carry that momentum into the next game.https://t.co/EqoZz0tpK5

Furthermore, the Celtics rank second in scoring this season, averaging 118 points per game. Also, they lead the league in offensive efficiency rating (1.141). However, the team is mediocre on defense. Boston is allowing 112.3 points per game, which ranks 13th overall.