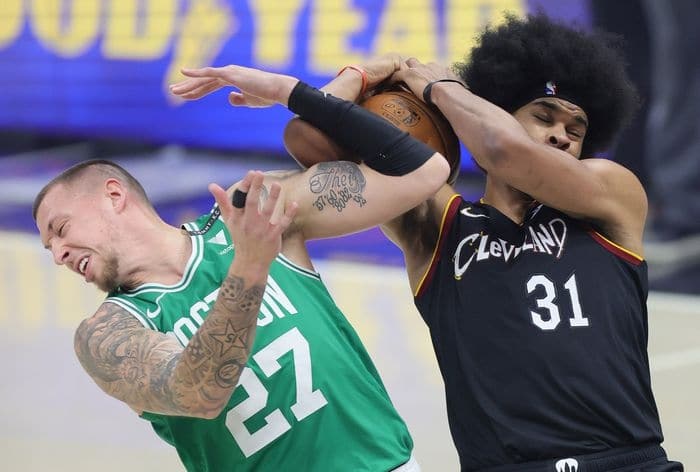 It will be a quick turnaround for both teams, as the Boston Celtics and the host Cleveland Cavaliers will both be in the second of back-to-back games when they clash at Quicken Loans Arena Saturday evening. Both coming off wins, the energy in Cleveland should be high, as the two cities’ sports teams will clash in football less than 24 hours later.

The Celtics almost let a perfectly good opportunity pass when it was announced Milwaukee Bucks star Giannis Antetokounmpo would miss the contest due to an ankle injury. The Celtics were also without one of their top players; Jaylen Brown, who was forced to miss his third-consecutive game with a hamstring injury.

But the Celtics were surely pleasantly surprised when Dennis Schroeder helped shoulder the load left by Brown and ran with the opportunity to the tune of 38 points, just three off his career high on the way to a 122-113 win in overtime.

As for the Cleveland Cavaliers, their magical start to the season continues even after the injury to Collin Sexton, with a dominant 98-78 win over the Detroit Pistons. Darius Garland scored a season-high 21 points and rookie Evan Mobley continues to make his early case for Rookie of the Year with 17 points, seven rebounds, three blocks and two steals.

In the second game of the back-to-back for each team, we don’t expect either side to be as sharp. The Celtics had to do all they could to fight off the Bucks after two big shots from Grayson Allen tied the game and helped force overtime.

Despite missing the potential go-ahead shot at the end of regulation, Jayson Tatum had himself another nice game, finishing with 27 points and 11 rebounds. What scares us about the Celtics however is that they had only 17 points from their bench. In the second game of the back-to-back, the Celtics will almost surely need more production from the second unit.

We’re excited to see how the Celtics go about matching up with the Cavs big men. We think Robert Williams continues to make an impact on the defensive end. Anything they get on offense from him will be a bonus with shot blockers like Mobley and Jarrett Allen patrolling the paint.

Our main worry is Horford. We would already be concerned how he’s going to match up against either Allen or Mobley, but these back-to-backs aren’t kind to veterans such as Horford, even this early in the season. Look for Cleveland to try and exploit that as much they can.

This game is a tough one to pick. You have the Celtics, who haven’t lived up to expectations for basically the last two or three seasons, while the Cavaliers have far exceeded any expectations thus far in the young season.

We don’t think the Celtics get another high-scoring performance from Schroeder, not that high anyway. It’s also slightly concerning to us that they allowed players like Grayson Allen and Bobby Portis score over 20 apiece despite the Celtics being pretty much full strength outside of the Brown injury.

As we mentioned above, the Celtics getting that little from their bench really concerns us for this game. The once-deep Cavs roster has since thinned a bit as well.

Vegas has accounted for this, as well as the back-to-back, with oddsmakers setting the total at a lowly 202.5. Sign us up for the over.