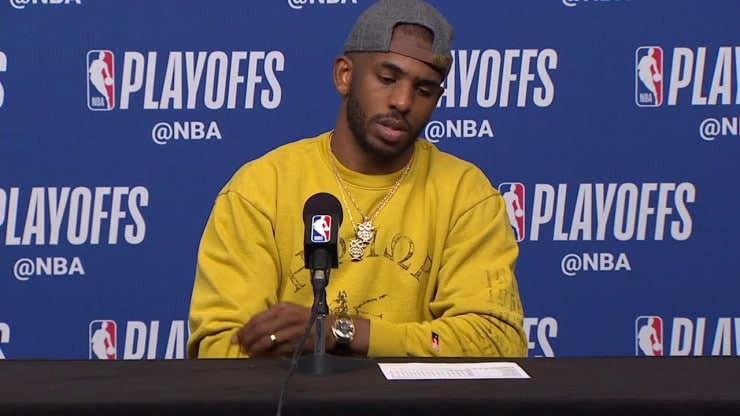 After the Phoenix Suns lost Game 6 of the 2021 NBA Finals against the five-point favorites Milwaukee Bucks, some folks in the basketball world wondered if Chris Paul would call it quits on his 16-year NBA career. Paul ended his Game 6 performance with 26 points, 2 rebounds, 5 assists, and shooting 11-for-19 from the field. The 36-year-old guard said after the game, “I ain’t retiring.” Paul went on to state, “Right now, you’re just trying to figure out what you could have done more. Everybody in that locker room knows we had enough, but it wasn’t enough.” The frustrated player was two wins away from his first ever championship victory, and this meant a lot to him, considering the Suns are his fifth team he has played for in his seasoned career.

Furthermore, the Suns’ guard became the first player in NBA history to lose four separate playoff series after his team surrendered a two-game lead in each series. Though, his fellow teammates and head coach Monty Williams came to his defense. After the media asked questions about Chris Paul’s performance throughout the course of the NBA Finals series, Coach Williams told the media, “It’s laughable when you talk about guys like Chris who have had these unreal career and yet they get penalized because they haven’t won a title.” Chris Paul has also averaged 18.3 points, 4.5 total rebounds, 9.4 assists, and an 87.3 free throw shooting percentage over the course of his NBA career.

Due to the COVID-19 health and safety protocols, Paul missed Games 1 and 2 versus the Los Angeles Clippers in the Western Conference Finals, but he has proven to himself, his teammates, and his opponents that he can still play at a high level. In the 2020-21 season playoffs, he averaged 21.8 points, 2.7 total rebounds, and 8.2 assists per game. He also finished with a team-high of 26 points in last night’s performance against the Bucks.

Unfortunately, Phoenix failed to fire on all cylinders when push came to shove. This was the organization’s third finals series loss in their franchise history. According to ESPN, Paul has a player option next season valued at $44.2 million. About a month ago in June, NBA analysts at CBS Sports estimated the six-foot guard would be offered a contract worth $44 million before the upcoming 2021-22 season, earning at least $15 million per year over the next two seasons.

Gave it our all ??@FanDuel | Stat Line of the Game pic.twitter.com/qsBVheTEnr