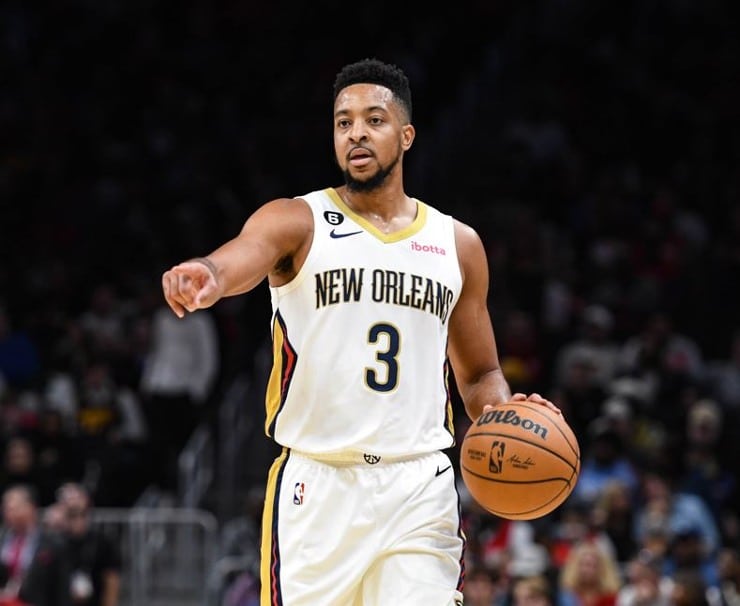 On Thursday night, CJ McCollum became the first New Orleans Pelicans guard to record at least 40 points, five rebounds, and five assists in a single game since Tyreke Evans in 2014.

A few NBA betting sites are giving CJ McCollum and the Pelicans the eighth-best odds to win the championship in 2023. Check out which sportsbooks are showing better odds for the Memphis Grizzlies and Los Angeles Clippers.

A new season-high for CJ McCollum 👏

He becomes the first Pelicans guard in team history with a 40-point, 5 ast, 5 reb game since Tyreke Evans in 2014. pic.twitter.com/qJSBlOE0Sq

Through 27 starts this season, CJ McCollum is averaging 19.4 points, 5.1 boards, 5.9 assists, and 1.0 steal per game. Not to mention, the 10-year veteran is shooting 42% from the floor and 36.2% outside the arc. This is the first time the guard is averaging less than 20 points per game since his 2014-15 season with the Portland Trail Blazers.

CJ McCollum is the first Pelicans guard to record at least 40 points, 5 rebounds, and 5 assists in a game since Tyreke Evans in 2014

Furthermore, the Pelicans’ win on Thursday night eliminated their four-game losing streak. Although Zion Williamson was absent because of an illness, Jonas Valanciunas contributed 16 points and 10 rebounds. McCollum’s seven 3-pointers were much needed.

“We needed that type of production from him with the guys being out,” Pelicans coach Willie Green said of CJ McCollum. “It’s beautiful to watch when he’s on the floor and he’s scoring like he does.”

"It was great to see CJ have a night. The nine assists, impressive… We needed that."

New Orleans opened the fourth quarter with a 19-point lead. At one point, the team led by 23 points. The Spurs went on a 10-0 run to keep things interesting, but the Pelicans guard was no match for San Antonio.

“CJ McCollum dominated the game from the very beginning,” backup center Willy Hernangomez said. “I’m happy for CJ. He’s been really getting his rhythm back. Today was a big game for him. I’m happy to see him making shots and making the right decision over and over.”