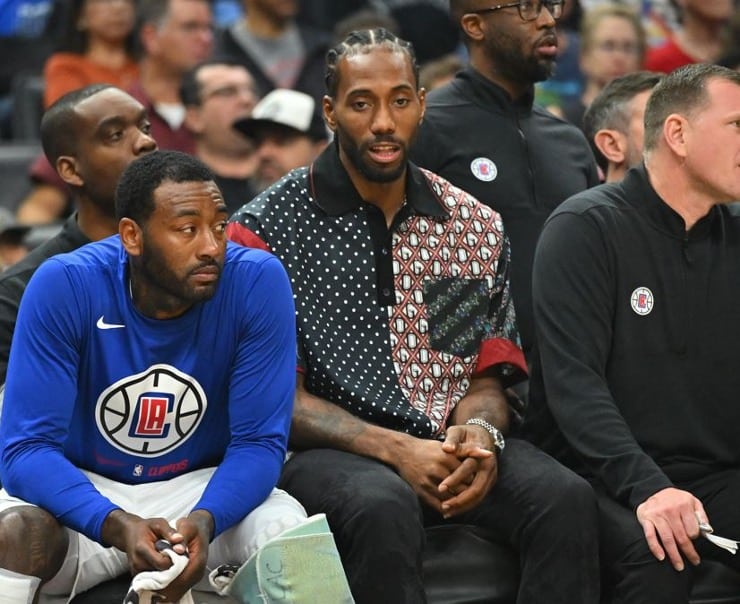 Los Angeles Clippers forward Kawhi Leonard is expected to miss his eighth consecutive game of the season for rehabilitative load management. The five-time All-Star is out for tonight’s game against the Cleveland Cavaliers.

Per multiple NBA betting sites, the Clippers now have the fourth-best odds to win the championship in 2023. Since the two-time Finals MVP is missing games, a few sportsbooks have dropped their title odds.

“There’s really not a time frame of when he is going to be back,” Clippers coach Ty Lue said when asked about a timetable for Leonard’s return.

“The biggest thing is just the testing that he has to go through with the medical and the slow progression of just getting better every single day. And so we’re just taking it day by day right now, not really a timetable.”

Leonard has appeared in just two games so far this season. Through two outings off the bench, the 11-year veteran is averaging 12.5 points, 6.5 rebounds, 2 assists, and 1.5 steals in 21 minutes per contest.

While the forward missed the entire 2021-22 season due to a right ACL injury, his commitment to the team remains strong. He’s also improving at workouts.

“He is progressing well,” the Clippers coach continued. “We knew coming off an ACL, it wasn’t going to be a straight line. We talked about it before the season.

The biggest thing is he’s progressing well. We are going to follow the lead of our medical staff, we got to be smart about the situation, but he is progressing.”

Very real chance the Clippers play the Cleveland Cavaliers tomorrow with no traditional point guard — Reggie Jackson with the knee & John Wall with the back-to-back restriction.

Kawhi Leonard won't play & the team is unsure on Luke Kennard, who will get more testing done tmrw.

According to ESPN’s Ohm Youngmisuk, before the Clippers played the Oklahoma City Thunder on Oct. 25, Leonard felt stiffness in his right knee following a morning shootaround.

Lue believes load management is the best tactic he can use to help Leonard combat any lingering discomfort. At age 31, Leonard is hoping to return to his 2020-21 season form.