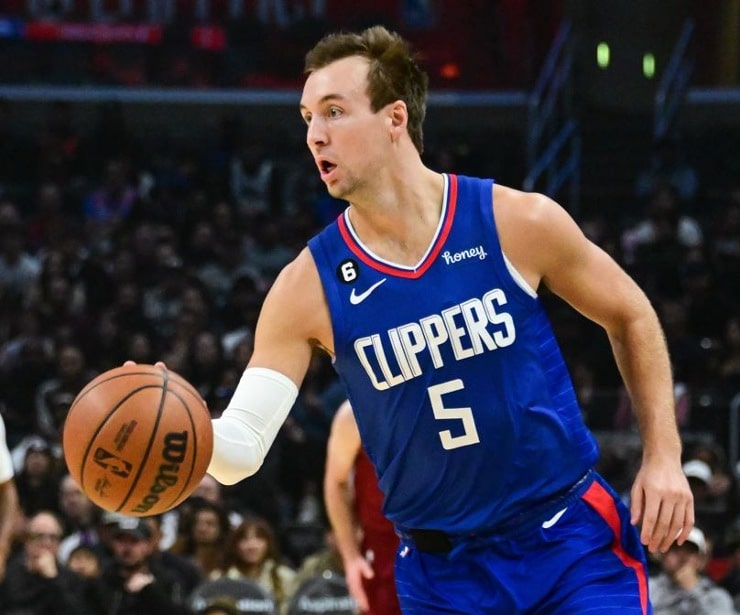 This is Kennard’s ninth straight game missed since injuring his calf versus the Minnesota Timberwolves on Jan. 6. Likewise, Wall is set to miss his sixth consecutive contest. On Jan. 13, the five-time All-Star experienced abdominal discomfort in Los Angeles’ 115-103 loss to the Denver Nuggets.

Referring to a select few of NBA betting sites, the Clippers possess seventh-shortest odds to win the championship. Check out which sportsbooks are showing greater odds for the Memphis Grizzlies and Golden State Warriors.

Rui Hachimura (acquired) was downgraded to out as well. The fourth-year wing will travel to Los Angeles tonight. Of course, the Gonzaga product will then undergo his physical on Wednesday. NBA analysts are expecting the former Washington forward to make his Lakers debut against the San Antonio Spurs.

#Lakers injury report for tomorrow against the Clippers: pic.twitter.com/qwuw0c7xAl

Heading into tonight’s Western Conference showdown, the Clippers are 4-6 in their last 10 games. However, both teams are coming off back-to-back wins. On the other side, the Lakers are 6-4 in their previous 10 contests.

The Clippers have won their past nine meetings against the Lakers. And they’re 11-0 ATS in their last 11 road games versus Los Angeles. Equally important, the Lakers are 1-11 in their previous 12 matchups versus Pacific Division opponents.

According to ESPN’s Basketball Power Index, the Clippers have a 67% chance of defeating the Lakers for a third time this season. Sportsbooks show the Clippers as five-point favorites.