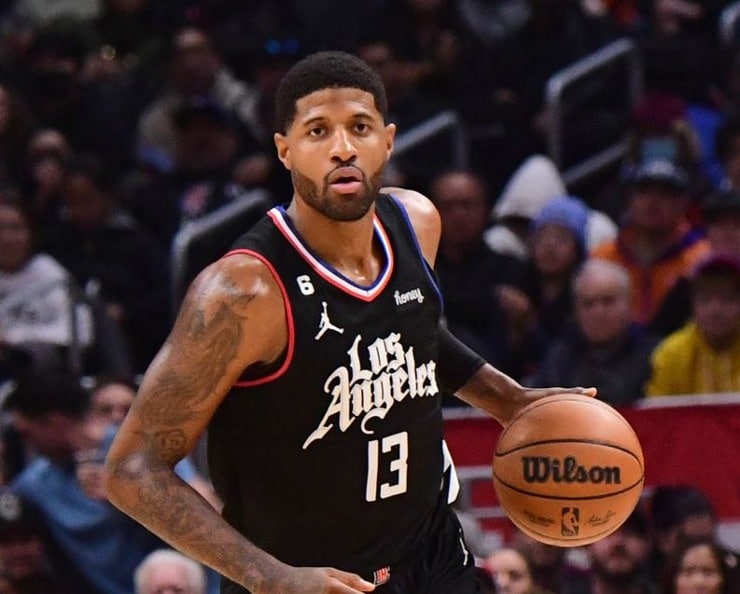 Los Angeles Clippers forward Paul George (hamstring) and guard Luke Kennard (calf) have been downgraded to out for Friday night’s home game against the Denver Nuggets.

Halfway through the 2022-23 season, Los Angeles is 22-21 and ranks sixth in the Western Conference standings. L.A. trails the top-seeded Nuggets by seven games.

Referring to numerous NBA betting sites, the Clippers have the sixth-best odds to win the championship. Check out which sportsbooks are giving the Memphis Grizzlies and Denver better odds.

Ty Lue said Paul George and Luke Kennard will not participate in practice today but they’re both working out and shooting before practice. pic.twitter.com/mkcCtzAhHM

Clippers forward Paul George (hamstring), guard Luke Kennard (calf) have been downgraded to out against Nuggets on Friday

Leading into Friday night’s intraconference mismatch, Denver is 8-2 in its last 10 games. The Nuggets are on a four-game win streak. They’re 10-5 against the Clippers in their past 15 matchups. Not to mention, Denver is 7-1 in its previous eight meetings versus Los Angeles.

Additionally, the Clippers are 3-7 in their past 10 contests. Their 113-101 win over the Dallas Mavericks on Tuesday night eliminated a six-game skid. L.A. is also 2-5 ATS in its last seven matchups versus Western Conference opponents.

Per ESPN’s Basketball Power Index, the Clippers have a 57.6% chance of defeating Denver at home. Sportsbooks show Los Angeles as a 2.5-point favorite. If Jokic is absent, this will likely affect the betting lines prior to tip-off. The Nuggets are 10-10 away and 5-4 as an underdog.