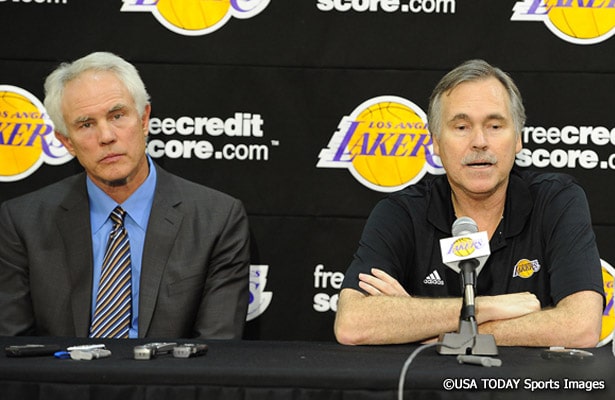 “I really liked working with Mitch Kupchak and Jim Buss; they weren’t the problem,” said Houston Rockets coach Mike D’Antoni, the former Knicks coach who resigned as Lakers head coach in April 2014 after two seasons. “When you have a superstar of the magnitude of Kobe (Bryant), and he retires. And…they had tried to make the trade for Chris Paul (in Dec. 2011 that was blocked by the NBA), and they had it, and that would’ve (kept them successful) another 10 years, and it didn’t work out.”