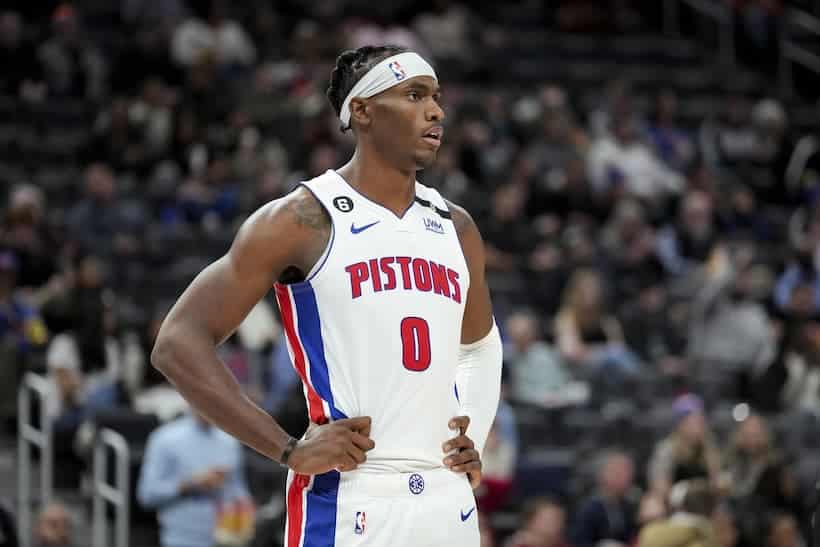 It’s been a tough 2022-23 season for the Detroit Pistons and they’re still trying to find consistency within the young roster. The Pistons own the leagues third-worst record at 12-35 and going 3-7 in their last ten games. This week, the NBA is heading overseas to Paris for a contest between the Pistons and the Chicago Bulls. One player for the Pistons lost his passport ahead of the game and the team is trying to get him to France as soon as they can.

It’s sort of ironic that Jalen Duren, the youngest player in the league at the moment, lost his passport ahead of Detroit’s game in Paris. Now, the Pistons are trying to do everything possible to get him here. Duren is not someone who vital to the Pistons having any chance of success.

Jalen Duren is not currently with the Pistons because the league’s youngest player lost his passport lol. The team is working and hoping to get him here in time for the game.

The Detroit Pistons and the Chicago Bulls will be playing in the league’s first international game since the Bucks and Hornets played in Paris in 2020. This contest will take place on Thursday at 3:00pm, but the Pistons are without their rookie center at the moment. Jalen Duren lost his passport ahead of the game and the team is trying to do whatever they can to get Duren in Paris for the game.

Thursday’s matchup between the Pistons and the Bulls will take place at Accor Arena where the presumed 2023 number one overall pick played in the LNB All-Star game in December. That would be the incredible Victor Wembanyama. It just so happens that Duren is just six weeks older than Wembanyama.

Detroit has a young core of players that are still trying to work out the kinks. That includes Duren who’s status of being at the game is up in the air right now. Duren has played in 39 games for the Pistons this season and has 15 starts.