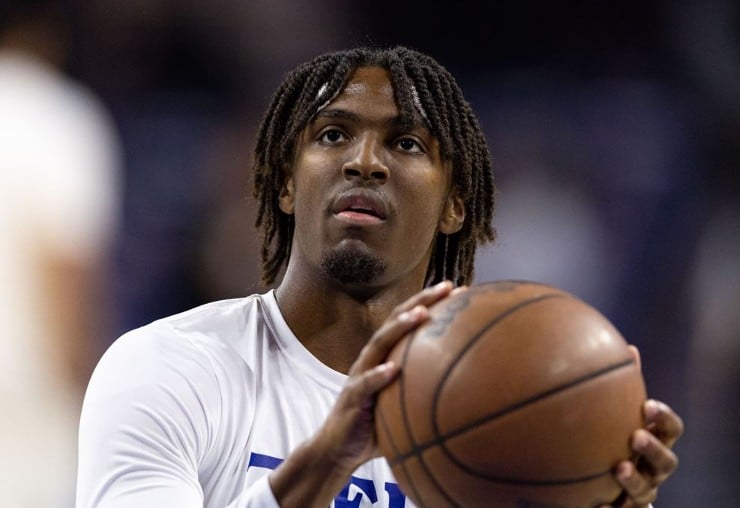 The Philadelphia 76ers are 12-12 so far this season and are 5-5 in their last ten games. Philly is also on a three-game losing streak. They lost all thier games on a three-game road trip and will play next on Friday to start a seven-game homestand. Injuries have forced Doc Rivers to shuffle the lineup around and today, he gave an update for Tyrese Maxey.

Maxey has missed the last nine consecutive games due to a left foot fracture. His recovery timeline on 11/19 said he had 3-to-4 weeks until he could be reevaluated. While missing nine games, Maxey is still the second highest scorer per game on Philly behind Joel Embiid. The Sixers will be eager for his return to the lineup.

Tyrese Maxey still working back to being ready to play

At practice today, head coach Doc Rivers have the media an update on Mexey’s situation and when we may see a possible return.

“Today (Wednesday) he ran,”… “Still not jumping though which is a concern, but today he ran. He did not sprint, but he did run up and down the floor. He’s not been able to do that. I guess the only concerning thing is he’s not been able to jump yet so that would mean he’s a ways away, to say the least.” – Doc Rivers

Now, “a ways away” could mean a lot of different things and Rivers didn’t really clarify what he meant by that, but he did follow up with this.

“I don’t know any of that,”… “A ways away for me is two games. If I gave you a 2-week thing, I don’t even know what I’m talking about, but I just know when you haven’t run and jump, it makes sense.” – Doc Rivers

Maxey was just able to begin shooting a basketball just two days ago, and his coach said he’s been going “stir crazy” not being able to play. A possible return before the New Year may seem like the most realistic option for him.