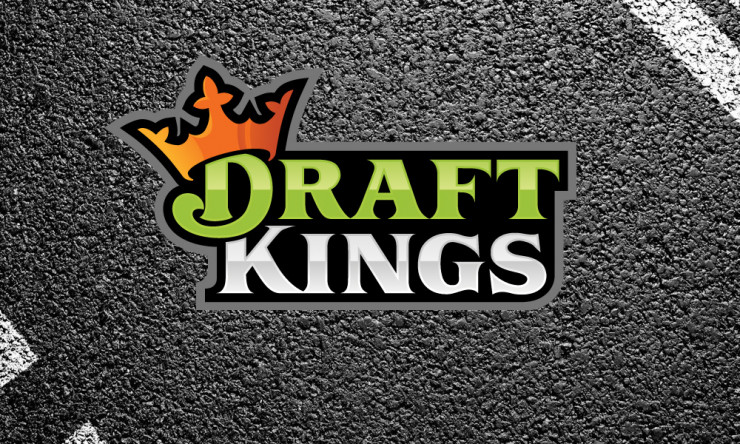 If you’re preparing for a quiet night in this Halloween, you might as well make some money doing it. In fact, there are few things that sound better than scarfing down that ninth candy bar while watching your DraftKings squad run up the score.

So, ignore that doorbell, save yourself a pile of candy and enter DraftKings’ latest contest, the NBA $10K Hot Shot. Before you get started, here are the pertinent details:

FREE NBA Pick’em Fantasy Contest:
– $10,000 in prizes
– FREE with your first deposit of at least $5
– New pick’em format is faster to play
– Simply select your players from each tier
– Limited spots available, so join now
– Starts tonight at 7 PM EST

Below, I broke down some of the best value picks and sleepers for tonight’s lineup, minus a few players to keep things a bit mysterious.

Can you beat me? There’s no reason to get cute with this one: Play Antetokounmpo no matter what. Stop right now and don’t do anything else until the Greek Freak has been plugged into all of your lineups. Antetokounmpo is averaging a gaudy, league-topping 34.7 points to go along with 10.7 rebounds, 5.5 assists and two steals per game. On top of that, the 6-foot-11 wrecking ball has already been touted as a serious candidate for his first-ever MVP award.

Tonight, he’ll take on the Oklahoma City Thunder and, in all likelihood, Paul George. Although George is a fantastic defender, Antetokounmpo has been held under the 30-point mark just once so far this season. If you’re not choosing Antetokounmpo to build your team around, you’ll be starting at a disadvantage.

(Of course, Russell Westbrook is a fine choice here as well, but I’d suggest riding the hottest hand for as long as possible…)

Thanks to a sprained ankle sustained in training camp late last month, the Nets have been extremely careful with Crabbe through the first seven games of the year. This makes the newly acquired sharpshooter a hit-or-miss play in daily fantasy sports and his DraftKings price certainly reflects that. However, when the guard is burning up, there are few shooters that can let it fly as efficiently as Crabbe can. Thankfully, a matchup with the Phoenix Suns may be just what the doctor ordered.

So far, opponents have shot a staggering 43 percent against the Suns from three-point range, above and beyond the highest mark in the NBA. Crabbe is averaging only three rebounds and just over an assist per game, so selecting him comes with the caveat of a potentially low floor. But at just $4,100 for tonight’s contest, Crabbe is my roster’s cheapest selection and faces a salivating opportunity against one of the league’s worst defenses — sign me up.

The Sacramento Kings are just 1-5 and sit in 14th place out in the Western Conference — still, things aren’t all bad as Bogdan Bogdanovic has emerged as an early bright spot. Bogdanovic is technically a rookie but his handful of overseas experience have helped him acclimate fast to the NBA brand of basketball. An ankle injury delayed Bogdanovic’s debut, but he’s played fine since rejoining the team last week. His averages of 12.3 points, 2.7 rebounds, 2.3 assists and two steals per game won’t get drafters overly excited, but his opportunity definitely should.

The Pacers are currently allowing 112 points per game, the fifth-highest average in the league, and will still be without budding superstar Myles Turner to anchor the defense. Even better, Bogdanovic brought in a haul of four steals during Sunday’s loss to the Washington Wizards — so he’s got the ability to make those DFS point-boosting contributions as well.

With the aforementioned Turner struggling to fully recover from a concussion, Domantas Sabonis has quickly turned into a reliable fantasy option. Sabonis has earned double-doubles in three of his last four games, including his solid line of 22 points, 12 rebounds, two assists, one steal, one block and a single three-pointer in the Pacers’ surprise win over San Antonio. The basement-dwelling Kings own a defensive rating of 108, the seventh-worst mark in the league, so there should be plenty of opportunities for Sabonis to go to work once again. With only four games on the schedule tonight, you could do worse than banking on a hungry sophomore that’s averaging 13 points and 10.2 rebounds.

As of publishing, Sabonis is questionable for tonight’s game as he battles an upper respiratory infection — but if he’s good to go, deploy him with confidence.

The popular selection at the center position will likely be Andre Drummond, but Adams offers similar production for a cut-rate cost. Everybody’s favorite New Zealander is off to a hot start in 2017-18, largely executing off the attention that must be funneled toward the new three-headed monster of Carmelo Anthony, Westbrook and George. Adams is averaging 14.5 points, 8.3 rebounds and a block per game and will now face a somewhat thin Bucks’ frontcourt. With Greg Monroe out for a few weeks, it’ll fall on Thon Maker and John Henson to contain Adams.

Drummond certainly outranks Adams in a few spots, but the $2,400 difference in cost means that the latter is a plunge worth taking this Tuesday night. Not every player on your roster will be a breakout candidate, but that’s OK — Adams will almost definitely get you somewhere within the range of 30-40 points each game. For those striving for a finish in the money, Adams is worth every dollar.

Lonzo Ball has been a polarizing presence well into his rookie season and that dismal 31.1 percent rate from the floor hasn’t helped to persuade any of his detractors. Still, there’s no denying that Ball has the potential to be a fantasy goldmine every time he steps on the court. He struggled against the defensively-minded Utah Jazz (nine points, four assists on 3-for-10 shooting), but he should bounce back tonight against the Detroit Pistons.

Ball’s baseline averages of 10 points, 7.5 rebounds, 7.7 assists, 1.3 steals and 1.5 three-pointers per game makes him a no-brainer gamble, even if he doesn’t explode like he did in Phoenix almost two weeks ago. He’ll likely be defended by the hard-nosed Avery Bradley but his intriguing floor and high ceiling are too good to pass up.

As I mentioned earlier, you can’t get all the answers from this cheat sheet and you’ll have to grab the few final pieces on your own. Still, I love nothing more than a little fantasy-friendly trash talk, so feel free to brag on Twitter if you beat me. I’m over at @Ben__Nadeau, so come let me know which players I missed out on and what your favorite type of candy is — Happy Halloween!

Again, when you’re ready to get started, click here to sign up for the NBA $10K Hot Shot.