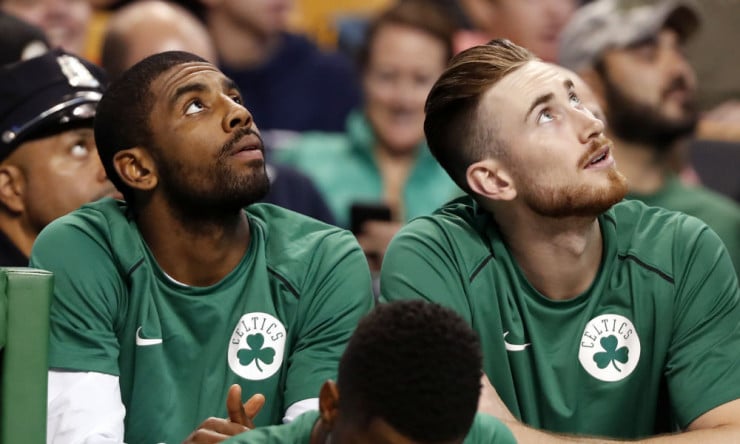 Eastern Conference Down to Big Three – Rest Playing for Next Year

The 2018-2019 NBA season hasn’t even tipped, yet we already know that there are realistically only three teams vying to be Eastern Conference champs. All we have to do is take a peek at what the professional oddsmakers at the world’s top betting sites are dealing on each individual team in the East to win the conference crown.

There are no shockers here as the Celtics, 76ers, and Raptors lead the list with last season’s Eastern Conference kings, the Cleveland Cavaliers, nowhere to be found now that LeBron has taken his talents to the West Coast. Perhaps the only tinge of surprise were the rather lofty odds on the Milwaukee Bucks. After all, they enjoy the services of one who many believe to be the preeminent player in the conference in Giannis Antetokounmpo, aka The Greek Freak. But one man does not a team make and that was evident last year when the Bucks were bounced in the opening round by the Celtics. Had it not been for Antetokounmpo, who led the team in scoring in four of the seven playoff games with Boston, Milwaukee would not only have been swept but would never have even sniffed the postseason. Nevertheless, the Bucks have him as well as Khris Middleton, and to a lesser extent Eric Bledsoe, to form a talented triumvirate that would be good enough to compete with the big boys if they had a more adept group surrounding them. Who knows, maybe the kid from Villanova, Donte DiVincenzo, the No. 18 pick in the draft this year will add the oomph they need. But the fact remains that Milwaukee is just another also-ran behind the Big Three.

The Toronto Raptors won the regular season title in the East last season, notching 59 wins and the No. 1 seed. But it wasn’t exactly a stunner when, after ousting the Bucks in six games, they were swept in four by LeBron James – not the Cavaliers – just LeBron. But this year they pried a disenchanted Kawhi Leonard from the Spurs which makes them a better team right from jump street. However, the loss of DeMar DeRozan in that deal should not be overlooked. Essentially, they dealt a four-time All-Star for a younger two-time All-Star. We’re not sure Kawhi is a game changer here with DeRozen out of the picture.

What we’re really down to is the Celtics versus the Sixers – conjuring images of Larry, Kevin and the Chief against Dr. J, Sir Charles, and Moses. But this is 2018 and now it’s Kyrie, Jason, and Jalen battling Joel, Ben, and Dario. The personalities may not be nearly as big as those towering figures of the 80’s but the talent is most definitely there. The key question could be the status of Philadelphia’s Markelle Fultz, the top overall pick in the 2017 draft. Fultz was on the shelf shortly after he began his rookie campaign but returned near the end of the season with mixed results. But is he the real deal or a first-round bust? It’s too early to tell but if he provides the goods then the Green could be in for a reversal of fortune when they bounced the 76ers in last year’s postseason.

The Celtics have their own question that needs answering as Gordon Hayward is ready to roll after a gruesome leg injury in last year’s season opener that had fans wincing between closed eyes and gritted teeth. Will Hayward return to the form that made him the second prized free agent two seasons ago, along with Kyrie Irving? We will soon find out.

If you want action on the teams in the East or even teams in the West, make sure to check out the industry’s top betting sites and make an informed decision about where to trust your bankroll. Not all online sportsbooks are created equal so get educated and may all your wagers be winners.