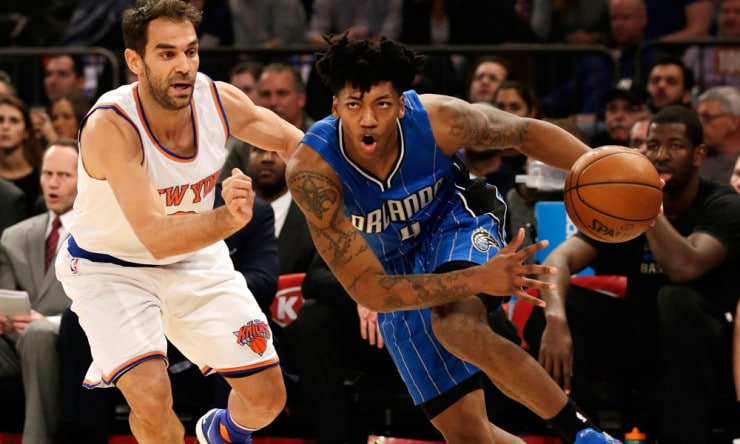 On Friday, the Orlando Magic announced that they officially hired head coach Frank Vogel to replace the recently resigned Scott Skiles. General manager Rob Hennigan looked at a number of candidates, but ultimately zeroed in on Vogel, who was widely regarded as one of the top available coaches.

Vogel has a 250-181 record as an NBA head coach and he took the Indiana Pacers to the postseason in five of six seasons as their head coach (including two trips to the Eastern Conference Finals). Vogel’s contract with the Pacers expired this offseason and team president Larry Bird opted to let the 42-year-old coach walk (eventually promoting assistant Nate McMillan to replace him).

Magic point guard Elfrid Payton just completed his second NBA season and could be one of the players who benefits most from the coaching change. Vogel loves defensive-minded players and wants Orlando to run an up-tempo offense, so Payton should thrive. In a phone interview with Basketball Insiders, Payton discussed the Vogel hire and more.

“I’m pretty excited,” Payton said of Vogel coaching the Magic. “I trust Rob, so whatever he’s with, I’m with. … Coach and I spoke briefly. Everybody [on the team] seems pretty excited about the hire.”

Vogel has said that he wants Orlando’s young core to increase their pace after ranking 13th in that category last season (and 21st in offensive efficiency). He specifically mentioned Payton, Aaron Gordon, Victor Oladipo, Evan Fournier and Mario Hezonja as players who could do well with that style of play. Payton agrees, considering the team’s personnel.

“I think it definitely fits us,” Payton said. “We have guys who are athletic, who can get out and run, so it’s definitely something that would play to our strengths.”

When asked about Skiles stepping down, Payton said he was “very surprised.”

“I didn’t really see it coming,” he said. “I saw it when everybody else saw it.”

Skiles and Hennigan reportedly butted heads over whether Payton would be Orlando’s point guard of the future, with Hennigan backing his young point guard. Last season, Payton averaged 10.7 points, 6.4 assists, 3.6 rebounds and 1.2 steals in 29.4 minutes per game. When asked about Hennigan’s vote of confidence, Payton seemed to appreciate it.

“It means a lot,” Payton said. “I mean, he drafted me so I would hope that he believes in me.

“My relationship with Rob is great. We talk from time to time and it’s a good relationship.”

Prior to last season, Payton and many around the Magic organization made it clear the team’s goal was to break their playoff drought. Orlando ultimately finished the campaign with 35 wins. Now, with the coaching change, money to spend in free agency and more experience for the young team, Orlando enters what could be a breakout season.

This offseason, Payton will spend a lot of time in the gym. He told Basketball Insiders that he is focused on improving his jumpshot, mid-range game, finishing at the rim and overall understanding of the game.

As far as what Payton took away from last season, he said this group must finish games better.