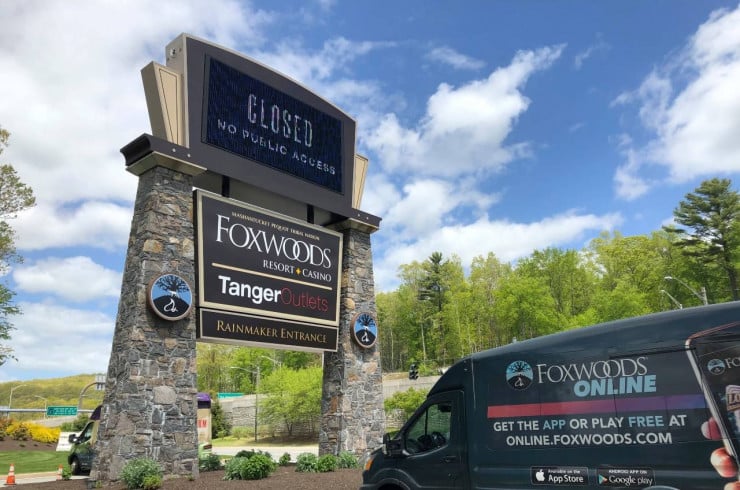 Thursday afternoon, Governor Ned Lamont said the federal government has signed off plans for sports betting and online gaming in the state of Connecticut. Gov. Lamont tweeted: “I thank U.S. Indian Affairs for approving these revisions, as well as the efforts of the Mohegan and Mashantucket Pequot Tribes.”

The first step of legalizing sports betting in the state was obtaining full approval from the Native American tribes. Nowadays, Mohegan Tribal Nation is partnered with FanDuel. Two of the other most popular sportsbooks in the state are MyBookie and Bovada.

Lamont also posted: “This critical step in the process of modernizing our gaming landscape here in Connecticut ensures that our state will have a competitive, nation-leading marketplace for wagering both in-person and online.”

In a legislation bill signed by Lamont, he granted master licenses for sports wagering, casino gambling and lottery betting on May 7, 2021. However, in the minds of some gamblers, this is taking longer than expected for those who want to participate in all types of sports betting.

I just received a call from @USIndianAffairs informing me that they have given final approval to the revised gaming compacts between the State of Connecticut and the Mohegan and Mashantucket Pequot Tribes, allowing for sports wagering and online gaming. (1/3)

I thank @USIndianAffairs for approving these revisions, as well as the efforts of the Mohegan and Mashantucket Pequot Tribes.

Today's announcement puts CT on the cusp of providing a modern, technologically advanced gaming experience competitive with our neighboring states. (3/3)

“Today’s announcement puts CT on the cusp of providing a modern, technologically advanced gaming experience competitive with our neighboring states.” The U.S. Bureau of Indian Affairs have given final approval of the gaming compacts, involving the Mohegan Tribe, Mashantucket Pequot Tribe and the state.

Before this news, sports betting and online gaming were already approved via the Connecticut Lottery, Mashantucket Pequot Tribe and Mohegan Tribe. Though, regulations are different. It takes more time.

The Department of Consumer Protection (DCP)

Regulations were first proposed by the Department of Consumer Protection (DCP). Fortunately, the General Assembly has now signed off on these said regulations. Sports betting vendors, such as DraftKings and FanDuel, successfully reached deals with state businesses.

Without the federal sign-off, sports betting would have been less practical and widespread throughout the state. In other words, it would have created awkward experiences for first-time gamblers. As for the good news, regulated sports betting is coming soon.

As of today, the DCP is allowed to pursue licensing. While the state failed to acquire final approval before the start of the 2021 NFL season, Gov. Lamont is foreseeing both sports betting and online gaming will be available next month in October.

Preseason for the 2021-22 NBA season begins on Oct. 3rd. Plus, the regular season will start on Oct. 19th. Last Tuesday, a legislative committee approved state regulations for legalized sports betting and online gambling. This is a step in the right direction.

Moreover, the Mashantucket Tribe is in the process of implementing their new sportsbook at the Foxwoods Resort Casino in October. The casino is located in the Tanger Outlets Foxwoods, which is in Ledyard, Connecticut. Rodney Butler, chairman of the Mashantucket Tribal Nation, is willing to relocate to another building in the meantime, considering they are ready right now.

Additionally, the Tribe has been partnered with DraftKings for about a year now. On Dec. 13, 2020, DFS contests began in the state. The sportsbook is focusing on Connecticut for now. DFS is also available in Vermont, New Hampshire, Massachusetts and Maine.

Considering it’s based in Boston, the sportsbook clearly has strong lobbying power in the state. The DraftKings Foxwoods app will be accessible for downloads in a few weeks.

Nevertheless, the Tribe’s main focus right now is obtaining their license from the DCP. Butler announced, “We think we can be live in the next two weeks and my new target is the third week of the NFL season if everything lines up. But it really relies on the licensing process at this point and how fast we can get through that.”

Furthermore, the Connecticut Lottery granted Sportech the ability to utilize 10 of the 15 retail locations in the New England state. Sportech is a licensed operator that offers responsible gaming entertainment in Connecticut. They are also an international betting technology business that was founded in 1979. Their head quarters are located in London, England.