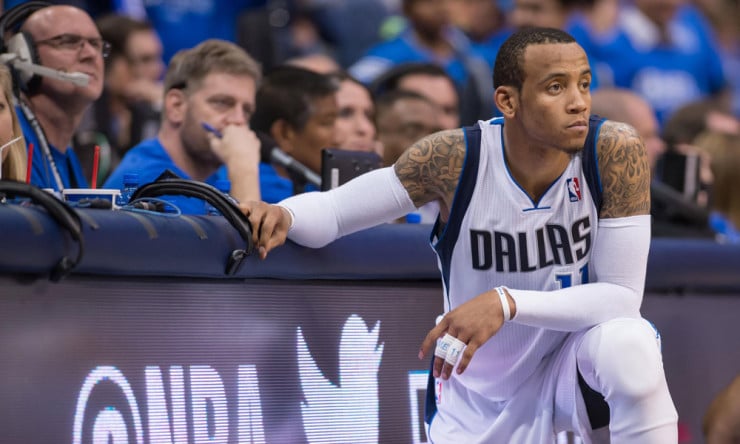 The Rockets weren’t awful Sunday night, but lacked just a bit of vigor and ran into a scorching Mavericks team with their backs to the wall. Dallas shot over 50 percent on uncontested field goals for the game, per SportVU figures, while Houston managed just over 35 percent, and this may have told much of the story as far as the gap in score goes.

There’s no reason to panic with the series headed back to Houston, though head coach Kevin McHale should certainly be keeping a wary eye on some of the adjustments Dallas made in Game 4 to ensure the series doesn’t return to Dallas. J.J. Barea gave the Mavs a bit more pace and focus on the offensive end, and the Rockets weren’t adequately prepared for 35 minutes of his slicing, eclectic game in the lane.

Josh Smith was once again terrific for Houston, but much of this seemed to be happenstance or some of his less desirable shots happening to hit home. The Mavericks were much more prepared for his two-man action with Dwight Howard that had been killing them in a couple previous games. In fact, they were much more prepared for everything involving Howard, who was a team-worst minus-23 while on the floor. The Mavericks appeared to be slightly in his head as far as the fouling game goes, sending him to the line 13 times and watching him sink just three of them. The Rockets will expect him to bounce back in a big way for Game 5.

Our Game 4 preview anticipated some further tweaks by Rick Carlisle, and we weren’t disappointed. Dallas showed several new revisions, from some lineup changes to an adjusted approach in a few specific sets.

Al-Farouq Aminu continued to put his imprint on the series, starting opposite James Harden and logging 38 minutes on the night. He played an excellent two-way game, rebounding the ball well and shooting efficiently, but his most important contributions came while keeping Harden mostly at bay as Dallas built their advantage. Carlisle adjusted Houston’s pick-and-roll coverage against Harden from previous games, sending Aminu (and others who checked Harden in his place at times) under screens more often and generally varying up his coverage to make it less predictable. The Mavericks showed high at times, hung back at others and mostly attempted to keep Harden on the perimeter and live with him making shots. It’s a tactic that can backfire at times, but Harden was just 1-7 from deep on the night, and Dallas may continue to force him to operate from distance rather than penetrate the lane repeatedly.

Offensively, the Mavericks picked up the pace and kept Houston’s defenders moving on the way to easily their most effective game of the series. Tyson Chandler was a force, sucking in defenders on the roll and stretching things out for Mavs shooters despite only four attempts of his own. Monta Ellis had his shot falling, and Barea was getting wherever he wanted on the court and using Chandler’s gravity, among other things, to pick apart the Rockets’ defense.

Houston is sure to counter back in Game 5, however, and it remains to be seen whether Dallas has the personnel and wherewithal to stay a step ahead. They certainly do seem to have found at least one or two effective routes to attempting as much, however.

The Mavericks looked great, but it’s hard to imagine them claiming such a large jump-shooting advantage in a second consecutive game. Houston closes out the series back at home behind a monster game from Harden.