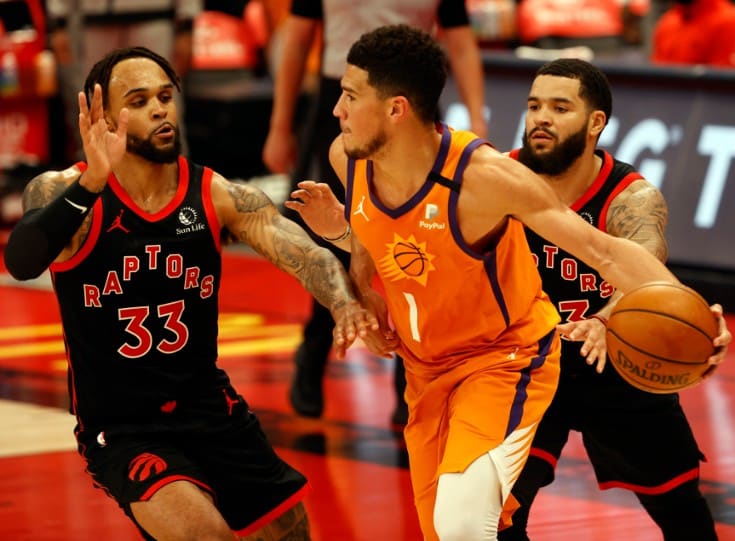 In the NBA tonight, there are eight exciting games on for fans to enjoy throughout the evening. Starting the night with a 7:00pm tipoff are the 16-6 Milwaukee Bucks on the road to face a 5-19 Orlando Magic squad who’ve been struggling to find wins. Next up at 8:00, the 12-11 Philadelphia 76ers are in Houston tonight to face the 6-17 Rockets. James Harden is expected to return tonight after missing time due to a foot injury. Being televised on NBA TV at 8:30 are the 16-7 Phoenix Suns and the 11-11 Dallas Mavericks.

👀 Check out the NBA Standings after tonight's action!

Tonight, the Bucks will be on the road to face a struggling Magic squad that is desperate for a win. Milwaukee has won four of their last five games. Orlando has lost eight straight games and the season has started out extremely rough for the Magic, with their last win coming on 11/18.

Our pick for tonight’s games is Milwaukee Bucks -9.5 @ -110 with BetOnline. The Bucks are 13-8-1 against the spread this season and the Magic are 9-14-1. Milwaukee has covered the spread in three of their last five games and will look to do the same tonight against a struggling Orlando Magic team.

Squaring off at 8:00pm tonight are the 76ers and the Rockets. The Sixers have won three of their last five games, but have dropped their last two. James Harden is expected to make his return to the lineup after missing some time with a foot injury. For the Rockets, they are 3-3 in their last six games, but are still having a difficult time finding consistent wins at 6-17. Houston is second to last in the Western Conference.

Our pick for this game is Under 222 total points @ -110 with BetOnline. The Sixers are 10-13 in O/Us this season and the Rockets are 12-11 in O/Us. Houston is scoring 110.0 points per game this season an the 76ers are averaging 108.3 per game. Philly has hit the under in six of their last ten games and the Rockets have hit the under in five of their last ten.

At 8:30 tonight on NBA TV, the Suns will be on the road to face a Mavericks team that’s been hovering around .500 all season. The Suns have the best record in the Western Conference at 16-7 and they’ve won seven of their last eight games. On the other hand, the Mavs have lost five of their last seven. The Mavericks are tenth in the Western Conference.