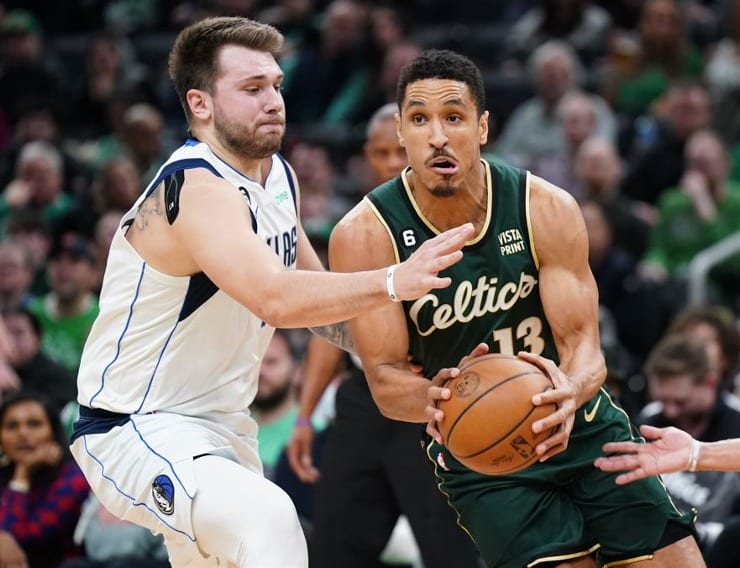 Dallas Mavericks guard Luka Doncic believes he’s better on defense now than earlier in his career, and the three-time All-Star is convinced that he’s improved this season.

“People are not going to admit it, but I think this year I’ve really taken a big step,” Doncic told Dallas Morning News during a team shootaround on Friday.

A few NBA betting sites are giving the Slovenian baller the third-best odds to win MVP in 2023. Some sportsbooks show better odds for Giannis Antetokounmpo and Jayson Tatum.

Luka: "I don’t need people to believe; I believe in myself. I think I’ve been playing defense way better than the first four years and I think I’ve taken a huge step forward."

“I don’t need people to believe; I believe in myself,” added the Mavericks star. “I think I’ve been playing defense way better than the first four years and I think I’ve taken a huge step forward.”

Through 16 starts this season, Doncic is averaging a league-best and career-high 34 points per game. Plus, he’s averaging 9.0 rebounds, 8.1 assists, and 1.8 steals.

In addition to logging 11.6 field goals and 37.1 minutes per game, the fifth-year player is posting solid numbers defensively. His steals average is the best of his NBA career.

Furthermore, the Mavericks guard is shooting a career-best 50.3% from the floor as well. For more in-depth statistics, Doncic’s true shooting percentage is 60.6% and his usage percentage is 38.5%. Dallas’ offense would suffer without the 23-year-old.

Doncic leads the NBA in player efficiency rating (32.6) and triple-doubles (four). Last Friday, in the Mavericks’ 127-99 win over the Denver Nuggets, the guard recorded his 50th triple-double in his 278th career game, one game less than Magic Johnson for the second-fastest in NBA history.

More importantly, the Mavericks star is playing better now than he did last season. “The start of last season for me was very bad,” continued Doncic. “I was out of shape, and it just wasn’t me. I didn’t play good. So, I took that as a motivation for this season.”

However, Doncic’s numbers across the stat sheet are slight improvements, especially points per game, steals, and mid-range shooting statistics. This explains why the Mavericks guard is a top-three candidate to win MVP this season.