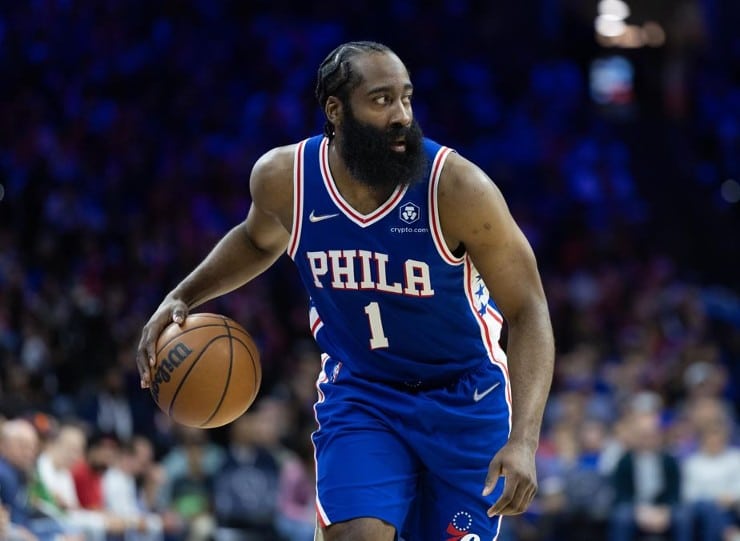 The Philadelphia 76ers have been battling a large number of injuries early on this season and some of there biggest stars have missed time. Joel Embiid returned to the lineup after a four-game absence and the team is still waiting on the return of Tyrese Maxey. Today, news broke that James Harden is eying a return to the Sixers in their upcoming three-game road trip.

Harden has missed the last twelve games in a row for the Sixers and last played on 11/2. He came to Philadelphia last season right before the trade deadline in a deal that shipped Ben Simmons and Seth Curry to the Brooklyn Nets. In 30 total games played for the 76ers, Harden averages (21.3) points, (7.1) rebounds, and (10.3) assists per game. Philly will be happy to have that production back in the starting lineup once her returns.

NBA betting sites have the Sixers at (+1600) to win the Finals this season.

Harden targeting return for next Monday in Houston

There’s no doubt that the Sixers want Harden back in the lineup. He’s a gifted scorer and elite playmaker that they need. However, in the 12 games he’s missed this season, the Sixers have gone 8-4 and are on a three game win streak. In the nine games that Harden has played for the 76ers in 2022-23, they are 4-5. Those numbers should not be alarming, they should be reassuring.

Philadelphia has other scorers and playmakers that are capable of providing what the team needs to win. In three of their last four games, SG Shake Milton lead the team in scoring three times with 22, 24, and 29 points. If Harden does return on Monday, he’ll be facing his former team, the Houston Rockets. It’s been a really tough season for Houston so far. The Rockets are 5-15 which is last in the Western Conference. Coming back against Houston could the subtle motivation that Harden needs to play his best when he returns.