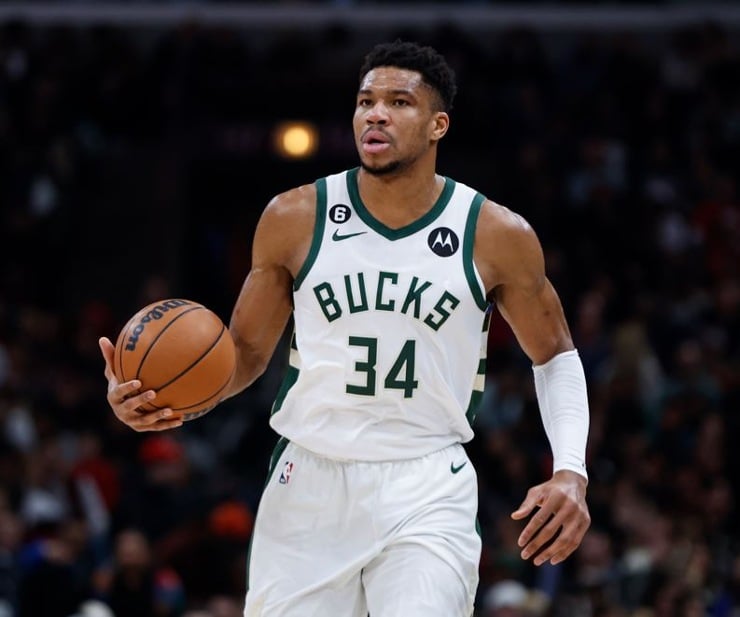 Giannis Antetokounmpo is the first Milwaukee Bucks player to register 20 points on 100% shooting from the field in a single quarter since Glenn Robinson in 2000 versus the Boston Celtics.

On Monday night, in Milwaukee’s 150-130 win over the Detroit Pistons, the Greek Freak scored 20 of his 29 points in the opening quarter. It was his first game back after missing five straight contests due to sore left knee. Plus, the superstar logged his 26th double-double of the season.

Have a quarter, Giannis.

Antetokounmpo is the first Bucks player with 20 points and 100 percent shooting from the field in a quarter since Glenn Robinson in 2000 against the Celtics. pic.twitter.com/klk4JF8bfe

“‘It was impressive to come out and play the way he did,” Bucks coach Mike Budenholzer said of the two-time MVP. ”He did a little bit of everything, just like the whole group that in that quarter.”

Milwaukee scored 150 points at Little Caesars Arena, which was still not the team’s franchise record in scoring. However, it was the eighth-most points logged in Bucks history and second-most with Giannis Antetokounmpo.

On January 28, 2020, the Bucks won 151-131 against the Washington Wizards. Furthermore, Milwaukee scored a franchise-record 166 points in a triple-overtime loss versus the San Antonio Spurs on March 6, 1982. The Spurs defeated the Eastern Conference contender with 171 points.

Today was a good day. pic.twitter.com/pkafhNYoaf

Through 36 starts this season, Giannis Antetokounmpo is averaging a career-best 30.9 points per game. The six-time All-NBA member is also logging 11.9 boards and 5.3 assists while shooting 52.4% from the field.