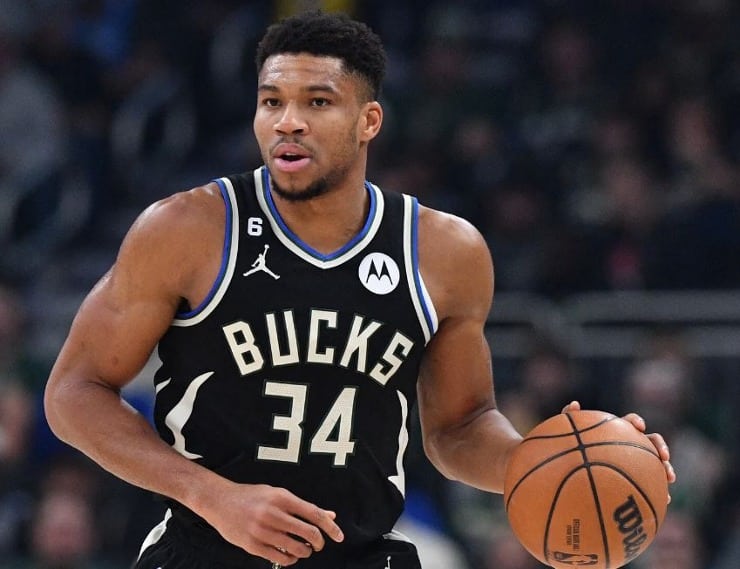 Based on a few NBA betting sites, Giannis Antetokounmpo now possesses the fourth-best odds to win MVP in 2023. Some sportsbooks are showing greater odds for Luka Doncic, Jayson Tatum, and Nikola Jokic.

Giannis Antetokounmpo is the 3rd player in NBA history with consecutive games of 40 points, 20 rebounds, and 5 assists.

Wilt Chamberlain had five different streaks of exactly two games, and Elgin Baylor had one streak of four games. pic.twitter.com/nSu7hUCc0o

“It’s a great compliment to be around those guys,” said Giannis Antetokounmpo after the win. “I just want to win games, so I just tried to go out there and do whatever I can to push myself to the limit.”

The five-time All-Defensive member became the seventh player in NBA history with multiple games of 40 points, 20 rebounds, five assists, and 60% shooting. Since the ABA-NBA merger in the 1967-77 season, Charles Barkley and Antetokounmpo are the only players to accomplish this feat in more than one game.

Furthermore, Giannis Antetokounmpo is the first player since Moses Malone in 1982 to post back-to-back 40-point, 20-rebound games. More importantly, this win eliminated the Bucks’ four-game losing streak. Milwaukee is now 23-12 and trails the Boston Celtics by 2.5 games for the top seed in the East.

Giannis Antetokounmpo with back-to-back 40/20 games. First to do it since Moses Malone in 1982. pic.twitter.com/MVWCApfroS

Through 30 starts this season, the two-time MVP is averaging career highs of 32.1 points and 11.5 field goals per game. Not to mention, he’s logging 11.8 rebounds and 5.2 assists per contest while shooting 53.3% from the field.

Additionally, while the Greek Freak’s true shooting percentage (58.9%) is not the best of his career, Antetokounmpo’s usage percentage is a career-high 38.7%, which leads the NBA. These stats are amazing.

Although the 28-year-old might not win MVP, the forward could win Defensive Player of the Year. Sportsbooks are giving Giannis Antetokounmpo the third-best odds, trailing fellow teammate Brook Lopez and Memphis Grizzlies center Jaren Jackson Jr.