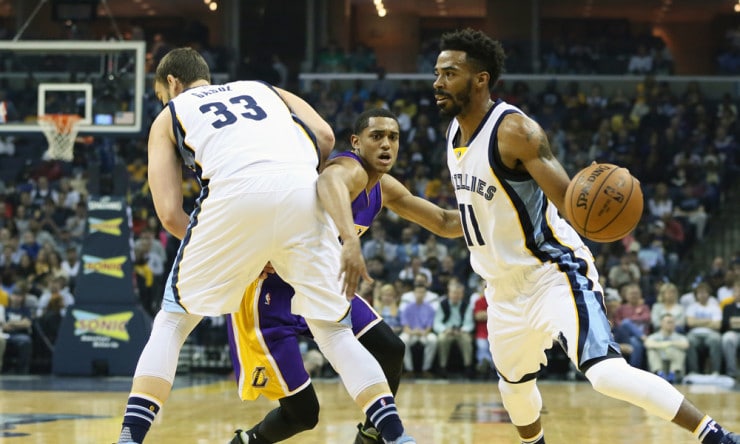 Memphis Grizzlies point guard Mike Conley suffered an eye injury that was repaired by what one of the team’s athletic trainers called “a continuous stitch” after a collision in the fourth quarter of his team’s 95-89 overtime loss to the San Antonio Spurs.

The injury occurred when Conley collided with Spurs forward Kawhi Leonard with 3:42 left to play. Grizzlies coach David Fizdale claimed Conley was “knocked unconscious” in the collision, but the point guard said he would have returned to the game if the team’s medical staff had been able to stop the bleeding. Conley said he wasn’t sure whether he’d be available for Memphis’ matchup Wednesday against the Oklahoma City Thunder, as the team would evaluate the injured area for swelling.