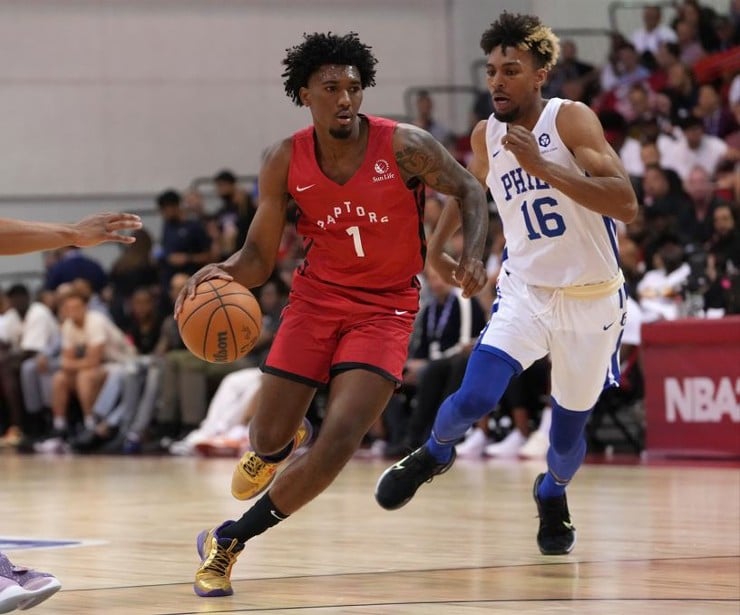 The Atlanta Hawks have signed free agent guard Armoni Brooks to an Exhibit 10 contract. Brooks went undrafted in 2019 out of Houston.

In five games played with the Toronto Raptors in the NBA 2K23 Summer League, Brooks averaged 13.8 points, 3.3 rebounds, 2 assists, and 1 steal per contest.

right before you elevate everything gets a little bit harder

Furthermore, Brooks went on to sign a two-way contract with the Houston Rockets on April 3, 2021. In 20 appearances with the Rockets, Brooks averaged career highs 11.2 points, 3.4 rebounds, and 1.5 assists per game.

Last October, Brooks signed a two-way contract with the Rockets. Of course, the deal was then converted into a standard contract.

Additionally, on February 10, 2022, the guard was waived by the Rockets.

Though, he was waived by the team in late July.

An Exhibit 10 contract can be converted into a two-way contract. Although, the roster is full right now. If the front office opted to pursue a potential conversion, it would occur during the 2022-23 season.

Trent Forrest and Jarrett Culver occupy the two-way spots on the Hawks. The training camp roster allows no more than 20 players.