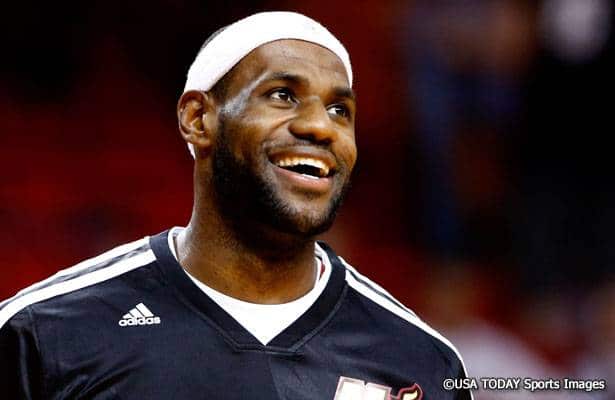 In this week’s Head to Head, Basketball Insiders’ Jessica Camerato and Jabari Davis discuss the topic of loyalty in the NBA.

Basketball is a business. Yes, fans watch games as a source of entertainment and fun. At the end of the day, though, playing it and running an organization are jobs, not hobbies, for the athletes and team personnel involved.

Loyalty is a nice sentiment, but is it always sensible? That is a crucial questions players have to ask themselves when determining whether or not to stay with their current team.

We were posed the question, is it wrong to expect loyalty from a player? Let’s explore.

Is it understandable why people expect loyalty? Of course fans would like to see their favorite players stick with their team, especially if it is one that gave them a shot or made special accommodations on a contract. Is it wrong for a player to leave a team? No.

There is a reason why so few players around the NBA have played for just one team their entire careers. Over the course of the seasons they are sought after by other teams, and they do their own exploring during free agency. At the end of the day, both sides are looking to put themselves in the best position to win. Neither can be faulted for that.

When an organization trades away a long-time member, the player (in most cases) feels a sting, but ultimately understands that nature of the business. Yet when a player chooses to leave in free agency, they are often met with criticism and jeers of disloyalty. It is called “free” agency for a reason, after all.

The question of loyalty became a hot-button topic when LeBron James participated in the public image debacle known as “The Decision.” He had every right to take this talents wherever he wanted, but the manner in which he announced he was leaving his hometown team was received as a slap in the face by the Cleveland Cavaliers faithful. Was it poorly delivered? Yes. Was he obligated to stay with the Cavs? No.

Two years later, Ray Allen caused similar outrage in Boston when he also chose to sign with the Miami Heat. At the time, the Celitcs and HEAT were Eastern Conference Rivals, one “Big Three” against another. During Allen’s tenure with the Celtics, he was part of trade talks and was eventually moved to the bench. Even though the Cs offered him more money than the HEAT, he saw the change as a better opportunity for himself. Allen was a free agent, he had the right to choose, and so he left. Last season, he helped Miami win the championship.

Whether it is a future Hall of Famer, a starter or the last man off the bench, every player in the NBA has to right to choose where they want to play as a free agent. Sometimes they make their decision based on winning potential, other times it’s for money, and there are several other circumstances that can be applied to different situations.

As long as they are loyal to their team while they are wearing the uniform, that’s all that should be expected.

The topic of loyalty in sports is always intriguing, as the two terms are mentioned together far more often than reality actually permits. As fans of any sport, our natural instincts are to express just how ‘diehard’ our commitment to an organization or player may be. The folks occupying the seats in a given arena at least want the illusion of a shared loyalty from the men on the court, as well as one from those that reside in the front office.

Not that players and franchises don’t also possess some semblance of this type of connectivity, but we should always keep in mind that sports are as much a business as they are entertainment. The Los Angeles Lakers organization, for example, has generally been able to maintain a balance by blending intelligent business decisions with loyalty to their biggest franchise players.

Earlier this season, much was made of the extension the Lakers signed with 18-year veteran Kobe Bryant (two years, $48.5 million). Admittedly, while Bryant has more than earned every penny he’s been paid by L.A. over the course of his illustrious career (about $328.5 million by the end of the extension), you can’t really fault those that expressed concern over the organization’s decision to keep him as the highest paid player in the league through years 19 and 20.

Obviously, no disrespect is intended toward Bryant, as his global image and remaining ability when healthy are still more than worth that to the Lakers from a business perspective. The Lakers have always worked at keeping a marquee player in purple and gold at all times. Let’s face it, when you have a multi-billion dollar contract with Time Warner, you aren’t expected to just win, but to look ‘good’ while doing it.

The truth of the matter is, while they can’t be faulted for locking Bryant up, they would still have a better chance at putting a winning product on the floor around him had they been able to come to an agreement at a lower price. The deep and talented Western Conference makes it difficult enough to win without multiple star players, and the economics of the NBA certainly don’t make acquiring the right mix any easier of a task.

When it comes to the topic of what players or organizations “owe” one another, these two entities are on fairly even ground. They’ve paid Bryant handsomely, and he’s delivered to the tune of five titles and countless moments and memories for the fan base. Moving forward, they’ll need Bryant to not only continue to compete and entertain the masses, but to also remain supportive of the process of rebuilding so that he can hand over the reins to the next star(s) to join the fraternity.

For now, the Lakers are ‘married’ to the aging Bryant; for better or worse. He’s been one of the better players the league has seen, and remains an ambassador for not only the Lakers, but for the sport as a whole. The Lakers have to simply hope Bryant’s body will permit him to continue playing the type of ball that might eventually attract reinforcements so their final act of ‘loyalty’ will pay off.