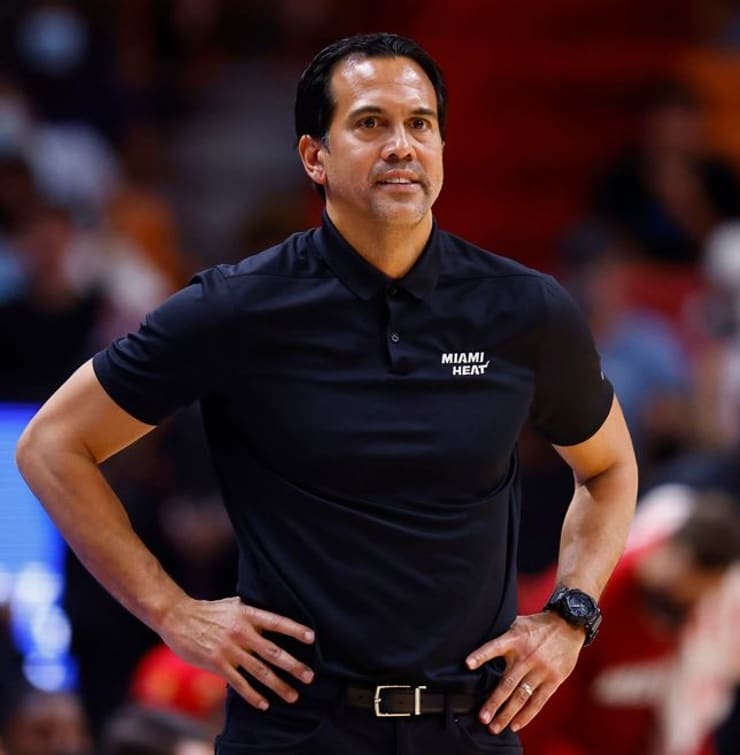 Miami Heat coach Erik Spoelstra will go down in franchise history as arguably the organization’s best coach, but could this be the 52-year-old’s last season with the team? A resignation seems improbable, though, one can lose joy out of anything eventually. Keep in mind, this is pure speculation.

Almost halfway through the 2022-23 season, Miami is 20-19 and ranks eighth overall in the Eastern Conference standings. Of course, the Heat started 2-5 to begin the league’s 77th season. Out of the previous 14 seasons, it was their worst start under Spoelstra.

Based on a number of NBA betting sites, the Heat possess the 14th-best odds to win the championship. Check out which sportsbooks are giving the Philadelphia 76ers and Cleveland Cavaliers greater odds.

“It’s just been extremely disappointing,” Spoelstra said, following Miami’s 112-109 loss against the Los Angeles Lakers. “Every time we get a little bit of footing on the season and then we have a disappointing loss.

“That’s what this was tonight, but you have to credit the Lakers. They played with a great motor, with spirit with their guys out. We’ve had some wins like that as well, where we’ve had guys out and you can catch a team.”

Losing to the Los Angeles Clippers is one thing, but the Heat struggled against the Lakers without LeBron James and Anthony Davis, their two best players. Dennis Schroder scored a season-high 32 points.

Bam Adebayo finished with 30 points and 13 rebounds, and Jimmy Butler amassed 27 points before missing a 3-pointer at the buzzer. This was only Miami’s fourth loss in its last 12 games. So, maybe the Heat can bounce back in the second half of the season to earn another playoff appearance.

Besides injuries, Heat fans cannot blame anyone or anything else for losses. Even then, other teams across the league have dealt with injuries as well. The Boston Celtics were winning without Robert Williams III for a large chunk of the season. Playoff contenders are supposed to beat bad teams on a regular basis.

Butler has missed 14 games. When healthy, he can help carry the team, alongside Tyler Herro and Adebayo. Nonetheless, will the six-time All-Star demand a trade at some point in the future? It’s not out of the question. Adebayo has been mentioned in latest NBA trade rumors. Either way, something is still not quite right with this Miami team.