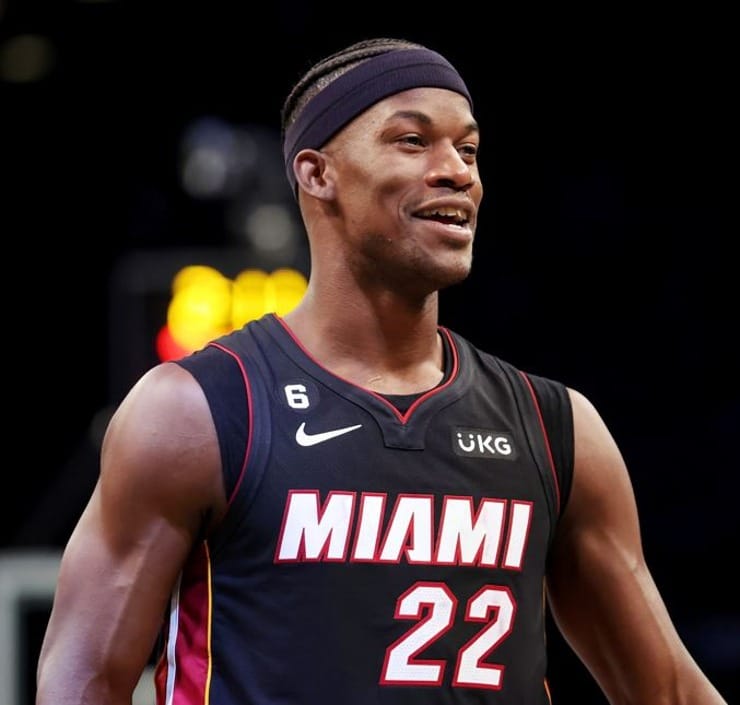 Miami Heat forward Jimmy Butler has made only 23 appearances this season due to a few knee injuries. The six-time All-Star missed seven straight games in November with right knee soreness. Of course, the wing then missed three more contests due to right knee injury management.

Butler is listed as day-to-day on Miami’s injury report. While his knee is healing, the 12-year veteran feels he’s still not ready to play. “It is,” Butler told Ira Winderman of the South Florida Sun-Sentinel about whether or not his knee is recovering.

According to a few NBA betting sites, the Heat have the 14th-best odds to win the championship. Sportsbooks are giving the Philadelphia 76ers and Cleveland Cavaliers better odds.

“Because I can go out there and compete,” added Butler. “I can’t say that I’m fully healthy. But there are a lot of people that are not. So I think that’s good on a lot of levels.

“The more rest that I have and able to get that recovery that I need is always going to be better. So hell, whenever I’m not playing, I’m doing something to try to get it right.”

Furthermore, Butler has limited control over injury prevention, and let’s just say his knee issues occurred during a bad time this season. The Heat are 19-18 and rank eighth overall in the Eastern Conference standings. Can he stay healthy for the second half of the season?

#MIAvsLAC INJURY UPDATE: Jimmy Butler (knee) is listed as probable to play in tonight's game vs the Clippers.

Last season, through Miami’s first 37 games, the team went 23-14. Now, a difference of four more wins and four fewer losses seems insignificant in the grand scheme of things, but the Heat were a healthier team. Not long ago, the Heat advanced to the 2020 NBA Finals as well.

Simply put, the Heat are not a playoff team at the moment. They rank dead last in scoring, averaging 109 points per game. Their offensive efficiency rating ranks 26th (1.077). Although Miami is allowing just 109.6 points per contest, this means little when it continues to struggle offensively. Tyler Herro cannot carry this team on his own.