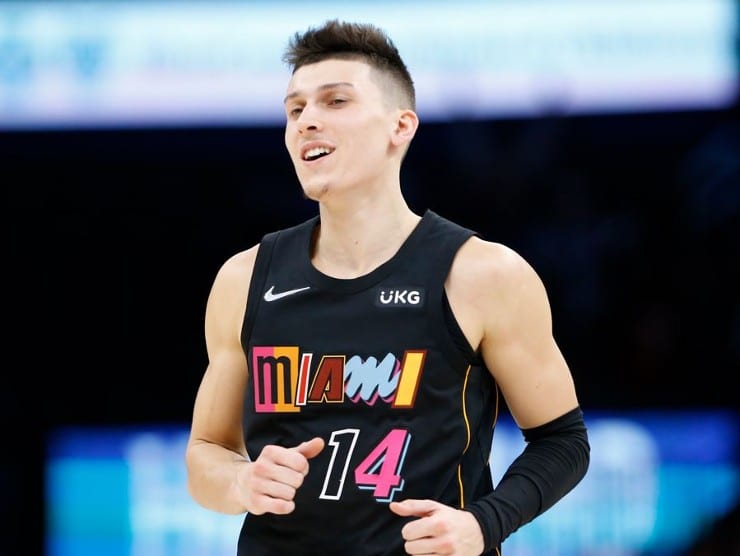 On Tuesday night, the Miami Heat lost 116-96 at home against the Detroit Pistons, and Tyler Herro felt embarrassed with this particular loss at FTX Arena.

Detroit entered this matchup as a 7.5-point underdog. Prior to the game, the Pistons were 6-19 overall and 2-11 on the road. They had won just one contest over their last six games played in Miami.

Per multiple NBA betting sites, the Heat possess the 14th-best odds to win the championship in 2023. A few sportsbooks show better odds for the Philadelphia 76ers and Cleveland Cavaliers.

Tyler Herro Tonight Against The Pistons:

Good Night From Herro But Poor Night For The Rest Of The Heat. pic.twitter.com/rnqSio8yex

“I think a lack of focus just on the defensive end,” Herro said when asked why the Heat lost. “Obviously, down some guys still but I feel like with the guys we had out there, we could have gotten the job done. We needed to make a few more plays on both ends.”

Although the Heat were without Jimmy Butler (right knee injury management), Gabe Vincent (left knee), and Dewayne Dedmon (left foot plantar fasciitis), the 2021-22 Sixth Man of the Year feels this was a winnable game. Detroit’s largest lead was by 22 points.

Unfortunately, it was more than just a few more plays. Herro is carrying the entire team. The guard sank his first eight shots and led Miami in scoring with 34 points, tying his season high. He finished 12-of-17 (70.6%) shooting from the floor and hit two threes in 37 minutes played.

Victor Oladipo made his season debut as well. The guard contributed nine points in 18 minutes. It was his 80th career appearance out of a possible 317 games since he suffered a knee injury with the Indiana Pacers in 2019.

“We simply just didn’t play well,” Heat coach Erik Spoelstra said after the game. “I thought we were pretty stable defensively through three quarters, and then the floodgates just opened… Today there was an inability to contain the ball 1-on-1.”

Close game in the 3rd. Tune in on Bally Sports Sun 📺 pic.twitter.com/MnxpELYipu

Injuries and lack of effort are not logical excuses. It was just the Pistons’ third win on the road all season. Not to mention, Detroit is still without Cade Cunningham due to a shin injury.

Of course, the Heat are much worse on the road. They are now 8-5 at home and 3-9 away this season. With an 11-13 record, Miami ranks ninth overall in the Eastern Conference standings.