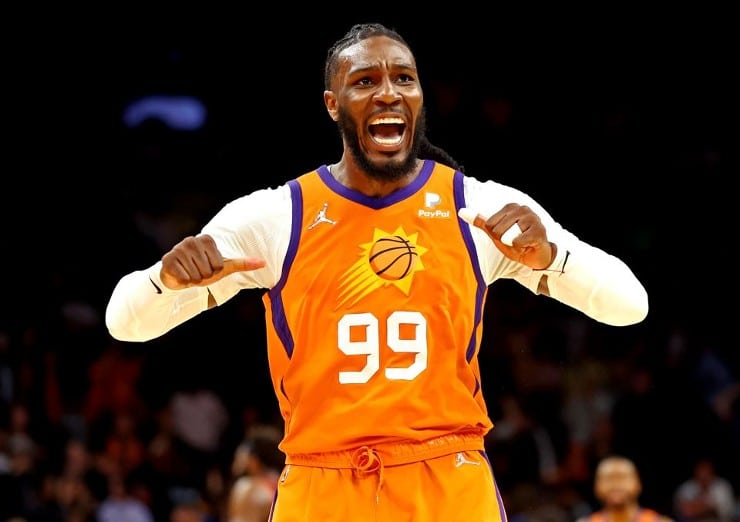 The Miami Heat are only interested in Phoenix Suns wing Jae Crowder if a buyout situation presents itself, according to multiple sources. Crowder agreed to sit out the 2022-23 season until the front office found a suitable trade partner.

Of course, Suns G.M. James Jones would have to work around Crowder’s large contract. Based on offseason expenditures, a buyout is ugly salary cap-wise. So, that scenario might never happen. In 2020, the Marquette product signed a three-year, $29 million deal with Phoenix.

A few NBA betting sites are giving the Heat the 14th-best odds to win the championship. Check out which sportsbooks are showing greater odds for the Philadelphia 76ers and Cleveland Cavaliers.

Crowder is making $10,183,800 million this season in the final year of his deal to ride the bench. If Phoenix fails to trade the 11-year veteran before the Feb. 9 deadline, Crowder will become an unrestricted free agent at the end of the season. Maybe he’ll sign with the Heat during the offseason.

Then, Phoenix matched the Indiana Pacers’ four-year, $132.93 million contract offer for Deandre Ayton. To add to the list, Chris Paul is locked in until 2026. The 12-time All-Star is earning $28.4 million this season.

Furthermore, Crowder sitting out hurts his trade value. This will also likely impact his future performances. Ben Simmons missed the entire 2021-22 season due to a contract holdout, back injury, and mental health issues.

Now, with almost half the season already complete, Simmons is still not the same player. He’s averaging career lows of 7.9 points, 6.6 rebounds, 6.0 assists, and 1.4 steals per game. Will the Suns forward face similar problems when he returns? Teams like the Heat are asking these questions.

Additionally, the Heat could use another forward. Miami has Duncan Robinson, Caleb Martin, Nikola Jokic, Jimmy Butler, and a couple of other wings under coach Erik Spoelstra.

Though, Butler has made only 24 appearances this season. For what it’s worth, Crowder is a better rebounder than Robinson as well. Not to mention, Udonis Haslem is a 20-year veteran.

The three-time NBA champ has played just five contests through 38 games this season. Crowder is 10 years younger than Haslem. If Miami is aiming to win another title, trading for and signing younger players is a must. There are not that many exceptions. NBA executives understand that fact.