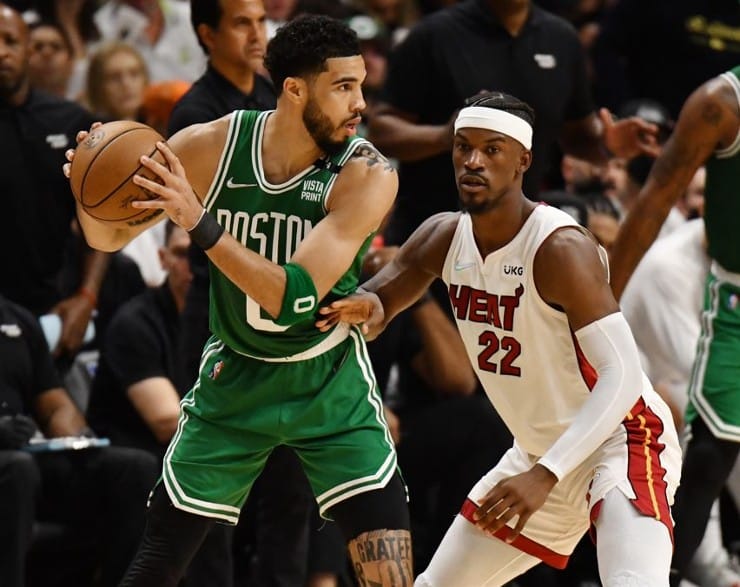 On Wednesday, the NBA released the full schedule for the 2022-23 season, and here is our list of the five must-watch NBA games airing on national T.V. in the upcoming season. Each individual game will air live on either ESPN, NBA TV or TNT. Find out which contests are can’t-miss matchups down below.

The opening-day games for the 2022-23 season include 76ers vs. Celtics and Lakers vs. Warriors. This doubleheader will air live on TNT. In the 2022 NBA Finals, the Warriors won their fourth NBA championship in eight years.

Next, fans want to see Ben Simmons play against his former team. Because of a contract holdout, back injury and mental health issues, the three-time All-Star never appeared in a game in the 2021-22 season. On February 10, 2022, the 76ers traded Simmons, Seth Curry, Andre Drummond, a 2022 first-round draft pick and a 2027 first-round draft pick to the Nets for James Harden and Paul Millsap.

Furthermore, the Mavericks take on the Suns at Footprint Center on Oct. 19. In last season’s Western Conference Finals, after blowing another two-game lead, the Suns lost in seven games against the Mavericks. Chris Paul and Devin Booker fell short for Phoenix.

This matchup is developing into an interesting rivalry, which explains why the contest is one of the must-watch NBA games for the 2022-23 season.

During the past two regular seasons, Dallas has failed to defeat Phoenix. Counting only regular season games, the Suns are 9-1 against the Mavs in their last 10 head-to-head meetings. Dallas has not beaten Phoenix during the regular season since Nov. 29, 2019, when the team won 120-113 away.

Additionally, in a rematch of the 2022 Eastern Conference Finals, the Celtics will play the Heat at FTX Arena on Oct. 21. During the postseason, Boston defeated Miami in seven games. The C’s became 6-0 following a loss in the playoffs after winning 100-96 on the road in Game 7.

Not to mention, the Kevin Durant trade rumors only add to this much anticipated rematch. The Celtics are the frontrunner to trade for the two-time Finals MVP. However, the Heat are also in the mix.

Across the league, Durant trade negotiations are stalled. If either contender trades for the 14-year veteran, one of these Eastern Conference teams will look different entering this upcoming season.

Lastly, a Lakers-Grizzlies matchup might seem boring to some casual fans. Though, this contest in particular is a must-watch NBA game in the 2022-23 season. At Staples Center, the Lakers will retire Pau Gasol’s No. 16 jersey on March 7, 2023.

On Twitter, the Lakers’ official account tweeted this message on Wednesday: “A Champion, legend, and forever part of the Lakers family. 3/7/23 – We raise Pau Gasol’s jersey into the rafters.”

A Champion, legend, and forever part of the Lakers Family.

3/7/23 – We raise Pau Gasol's jersey into the rafters pic.twitter.com/F9snGrHO9o

The Grizzlies acquired Gasol from the Hawks after the 2001 NBA Draft. He played with Kobe Bryant from 2008–14. On October 5, 2021, the two-time NBA champion and six-time All-Star retired from the league. To check out game previews for the must-watch NBA games next season, go to the main page.