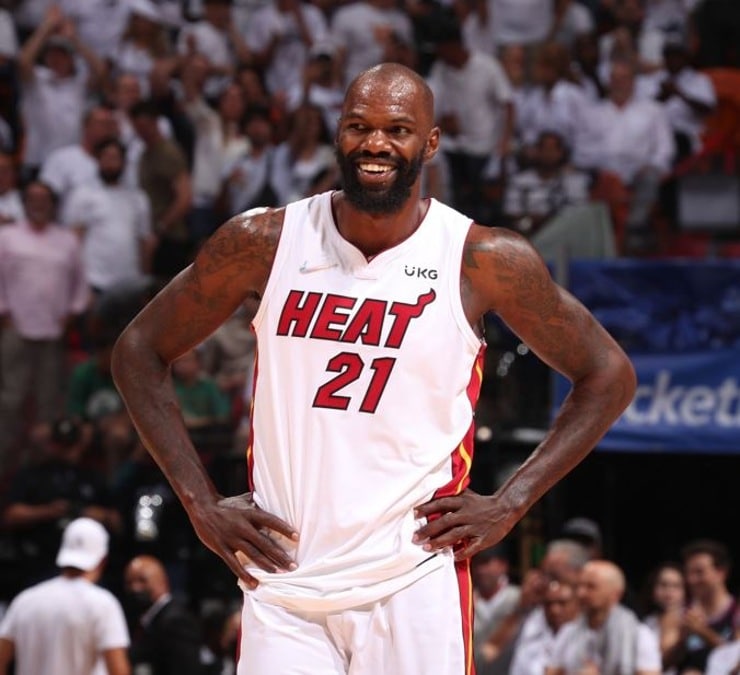 Miami Heat’s Dewayne Dedmon has been suspended without pay for one game for negative conduct to the club, after a display of bizarre behaviour on the sideline of Tuesday’s game against Oklahoma City.

On January 10th, his team became even more limited during the second quarter of their game against the Thunder, after Dedmon was ejected from the court. The reserve center left Miami with just 7 players over the final 33 minutes. Thankfully for the Florida side, they still were able to earn a 112-111 victory.

What actually happened? We don’t exactly know, but this is what we got so far. The veteran entered late in the first quarter, only to be subbed out with 9 minutes left on the clock, which generated a discussion on the Miami sideline. Dedmon then overreacted and knocked one of the massage guns behind the bench as it sailed unto the court while play was still in action.

You can see it for yourself in this video below:

Before Dedmon was ejected, he had two points and three rebounds in only 5 minutes of game action. All off the bench, the backup center has played 29 games this season for Miami with an average 5.9 points and 3.7 rebounds per game.

OFFICIAL: The Miami HEAT have, in consultation with the NBA, suspended Dewayne Dedmon for one game without pay for conduct detrimental to the team for actions that took place in the bench area of last night’s game vs. the Oklahoma City Thunder.

This suspension will cost Dedmon about $32,414 and it comes at a bad moment for the team since Miami is under an injury plagued spell, dealing without four regular starters Bam Adebayo, Tyler Herro, Caleb Martin and Kyle Lowry, as well as reserves Duncan Robinson, Omer Yurtseven and Nikola Jovic.