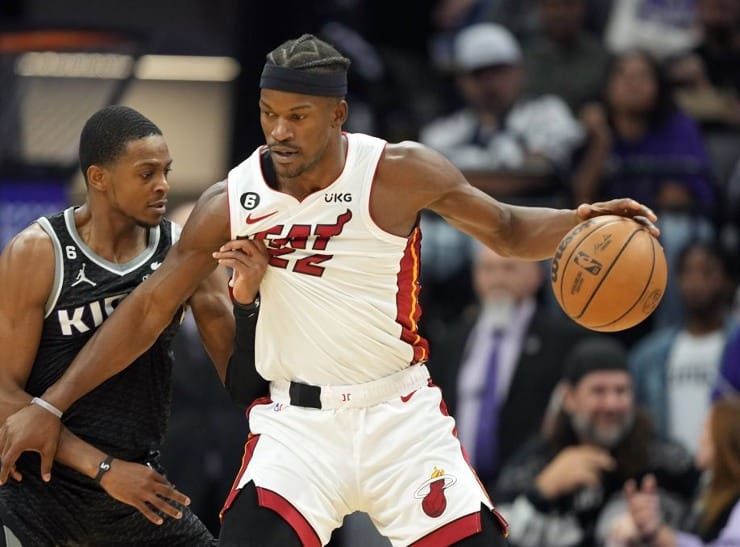 Miami Heat guard Jimmy Butler is now out, and guard Victor Oladipo was upgraded to questionable for Tuesday night’s home game against the Detroit Pistons.

Butler was downgraded to out because of return-to-competition conditioning, whereas Victor Oladipo is showing signs of improvement while still recovering from left knee tendinosis.

According to a few NBA betting sites, the Heat have the 14th-best odds to win the championship in 2023. Some oddsmakers are giving the Philadelphia 76ers and Cleveland Cavaliers higher odds.

#DETvsMIA INJURY UPDATE: Victor Oladipo (knee) is listed as questionable to play in tonight's game vs the Pistons.

Jimmy Butler (return to competition reconditioning) has been ruled out.

Following Miami’s 101-93 loss to the Memphis Grizzlies on Monday, Heat coach Erik Spoelstra provided his honest assessment to reporters. At the moment, Miami is 11-13 and ranks ninth in the Eastern Conference.

“This was the first game of the year where it just looked like we were flat in the mud for a large portion of the game,” said the 15-year coach. “Even when we were able to get some footing, we just weren’t able to take control of the game.”

Heat star Jimmy Butler out, Victor Oladipo is questionable against the Pistons for Tuesday night’s matchup

Additionally, the Heat started off strong against the Grizzlies, shooting 6-of-7 from three-point range. However, Memphis went on to outscore them 64-24 in the paint.

Tyler Herro led the Heat in scoring and rebounding with 23 points and 13 boards. Adebayo finished with 15 points in 39 minutes played. The center has reached double figures in scoring in 38 consecutive games.

On the other side, the Pistons’ Cade Cunningham (shin) and Isaiah Livers (shoulder) are listed on their injury report. Per sources, Cunningham might require surgery on his shin. And Livers was downgraded to out against Miami.

The Pistons are 1-4 in their last five games played. They are also 2-12 in their past 14 road contests. Meanwhile, the Heat are 5-1 in their previous six head-to-head matchups at home against Detroit. Despite a number of players injured, sportsbooks show Miami as a seven-point favorite.