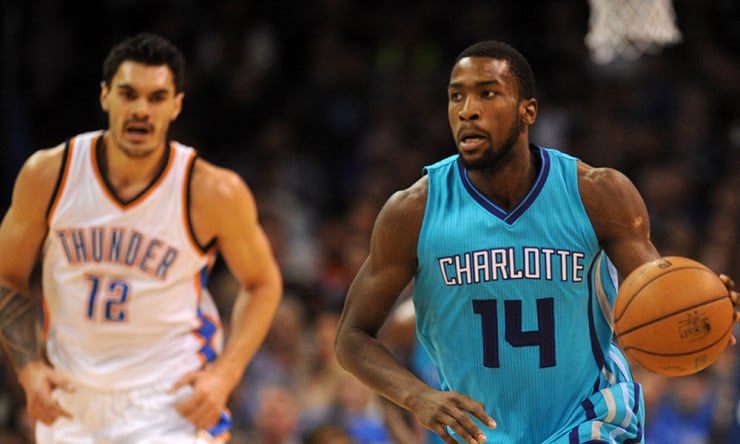 Q. There was a lot made at a similar press conference in Charlotte several months ago – when Panthers quarterback Cam Newton signed his own lucrative extension – about the belief that Newton can lead the Panthers to a championship. Do you feel pressure to do that for the Hornets?

(Hornets Michael Kidd-Gilchrist): When you talk about pressure, all the pressure I ever felt was making it into the NBA and really into college first of all. Because if I didn’t go to college, where would I be? That was pressure, that, ‘Oh my gosh, I’ve got to go to college somewhere.’

This isn’t pressure. This is adding fuel to the fire. But as far as the pressure part? I’m comfortable in my own skin. I work as hard as I can every day. After that, it’s in God’s hands.