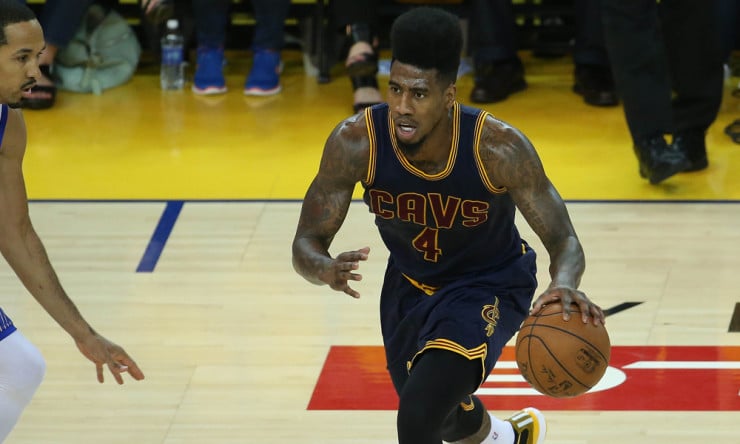 Cleveland Cavaliers guard Iman Shumpert experienced cramping in the second half of the Cavs’ 132-113 Game 2 loss to the Golden State Warriors in the NBA Finals on Sunday and required intravenous fluids after the game, a team source told ESPN.

Shumpert had six points, four rebounds and three steals in 22 minutes off the bench, and despite shooting only 1-for-6 from the field, he was considered a bright spot in the loss because of his attack mentality and on-ball defense against Kevin Durant.

Even with the cramping, Shumpert’s play, coupled with JR Smith’s disappearing act in the series thus far, has the Cavs considering a lineup change at shooting guard for Game 3, the source said.