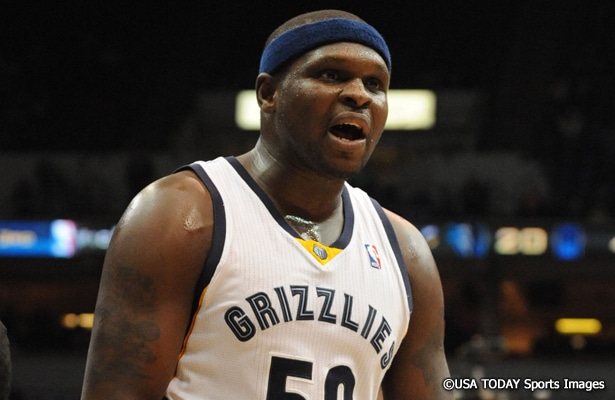 “[The NBA is] more of a finesse game,” Kobe Bryant said. “It’s more small ball…which, personally, I don’t care very much for. Makes me nauseous. You can’t touch a guy.”

Recently, these words certainly rang true, as many fans were actually clamoring for a suspension for Indiana’s Paul George following a minor skirmish between teammate George Hill and Atlanta’s Mike Scott. While Bryant may have been referring to the on-court play when he made those comments during a January interview with NBA.com’s Steve Aschburner, the same can be said for how we’ve been reconditioned to consume the product over the last couple decades. Often complained about by players, coaches and observers alike, the NBA has developed and in some cases earned the distinction of growing “softer” over the years.

Fans can hardly be faulted for expecting the NBA to “uphold the letter of the law” when it comes to a player leaving the bench during an altercation; but much like the near-universal praise the new commissioner’s office received for imposing such swift justice with the Donald Sterling fiasco, the league should also be commended for not overreacting and potentially altering the competitive balance of a series simply in the interest of upholding a questionable rule prohibiting players from leaving the bench during an altercation. If you weren’t watching basketball as intently back during the mid-2000’s, just search ‘Amar’e Stoudemire suspended playoffs’ and you’ll see an example of it from the past that still has fans shaking their collective heads around Phoenix when the subject is addressed.

You’ll notice in the video, footage from the 1984 Finals between the Boston Celtics and Los Angeles Lakers, not only was no one ejected from that contest, but the two players (James Worthy and Greg Kite) were merely issued double-technicals and permitted to continue playing. Those of us that can also distinctly remember Kurt Rambis literally being clotheslined and slammed from mid-air by Kevin McHale must be forgiven for our collective ‘sighs’ and ‘groans’ when it comes to some of what takes place in today’s game.

Not that the NBA’s presumed desire to merely protect their athletes isn’t appropriate, as clearly it is in the league’s best interest to protect its assets, but that doesn’t mean we have to swing the pendulum so far in one direction simply as a precautionary measure.

While the league handled the George situation appropriately, a legitimate argument can be made that although they were technically justified in suspending Zach Randolph under the ‘letter of the law’ it simply wasn’t necessary. A team shouldn’t be without their star player(s) for a Game 7 situation if it can be avoided, and that exchange could easily have been settled with the technical foul the officials issued in the moment.

Of course, Randolph let his teammates down by even placing himself in that position given the circumstances, but the unnecessary suspension potentially robs fans of an elimination game showdown between two teams that have battled throughout what has been a phenomenal series. We can only hope the league explores at least considering a rules tweak in these cases as Commissioner Adam Silver attempts to continue improving upon and progressing the league going forward.

Aside from having one of the freshest Jheri curls in the league during much of his playing time in the NBA, former-Clipper Michael Cage decided to chime in on the ownership situation and provide a bit of insight on what “Life as a Clipper” was like when he played for Donald Sterling throughout the mid-80’s.

While he had very high praise for former NBA commissioner David Stern for much of what he did throughout his 30-year reign, Cage did not hesitate in placing a great deal of accountability regarding Sterling on him as well when he recently caught up with Jordan Buscarini, host of KOAL 750’s (Price, UT) ‘Drive Time Sports.’

Crediting Silver for a good job in what he describes as “clean up duty,” he holds long-time fellow owners and Stern (in particular) responsible for permitting Sterling to operate freely even with repeated accusations of discrimination, multiple lawsuits and the fact that he simply mismanaged the organization for years, according to Cage’s estimation.

Cage provided several examples from his playing days in Los Angeles, including the fact that during road trips, the players would get turned away from hotels due to the team simply not paying the bill or providing a credit card. He also spoke of times when his actual pay check wasn’t accepted at the bank due to organizational dysfunction.

Although many were pleased with the swiftness by which Silver may have acted, this is a situation that isn’t likely to be resolved anytime soon. Sterling has finally broken his silence with the media, and to no one’s surprise claims the Clippers are “not for sale” regardless of what the league intends to do. The league, players and fans all may want to simply be rid of Sterling, but that isn’t likely without a lengthy legal battle. Cage is one man that makes it clear he believes the league has to do everything within its power to see to it that he doesn’t return to the helm.

“The disparaging of a sport that we love, of a Magic Johnson that we love…,” Cage said. “It just transcended boundaries to the point where the NBA had to distance themselves from this man and his ideologies.”