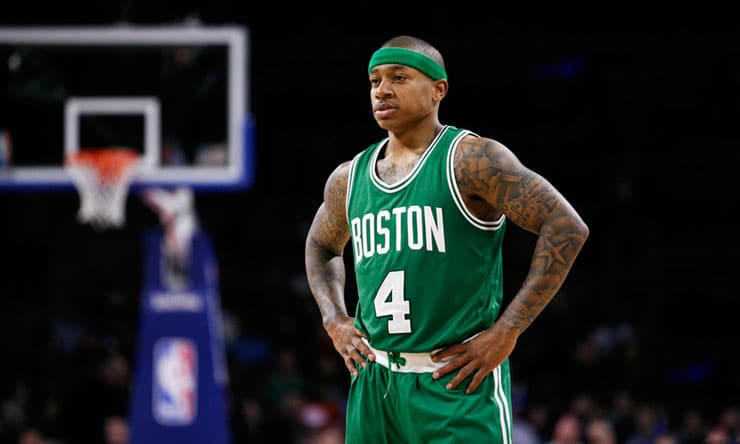 Isaiah Thomas isn’t concerned about his injured hip, and the Celtics point guard said he should be ready to go by the start of training camp next month.

Thomas said he’s been just resting since his injured hip forced him out of the Eastern Conference Finals in May, but that he recently got back in the gym to start getting back into shape.

“The hip is great,” Thomas told the Herald on Saturday during his annual basketball clinic at BU, where he was hosting more than 400 campers. “It’s going well. Rehabbing it, but it’s going well. It’s a real slow rehab process, but it’s getting better and that’s what it’s all about.”

Thomas opted not to get surgery on his hip, which he first hurt during the regular season. He re-aggravated a right femoral-acetabular impingement with labral tear during Game 2 against the Cleveland Cavaliers before the Celtics shut him down.

Thomas didn’t look like he was laboring or hurting at all as he played hoops with youngsters at his camp, which included some games of 1-on-1. Granted, he wasn’t going full speed against kids, but he’s progressing and said he should be ready by the start of camp.

“That’s the plan, yeah,” he said. “I should be ready by camp, but I’m getting back in the gym shooting and being able to work out in the weight room and get my cardio back, because I’ve been down for two and a half months since the season ended. It’s getting there though. This week has been great progress for me.”