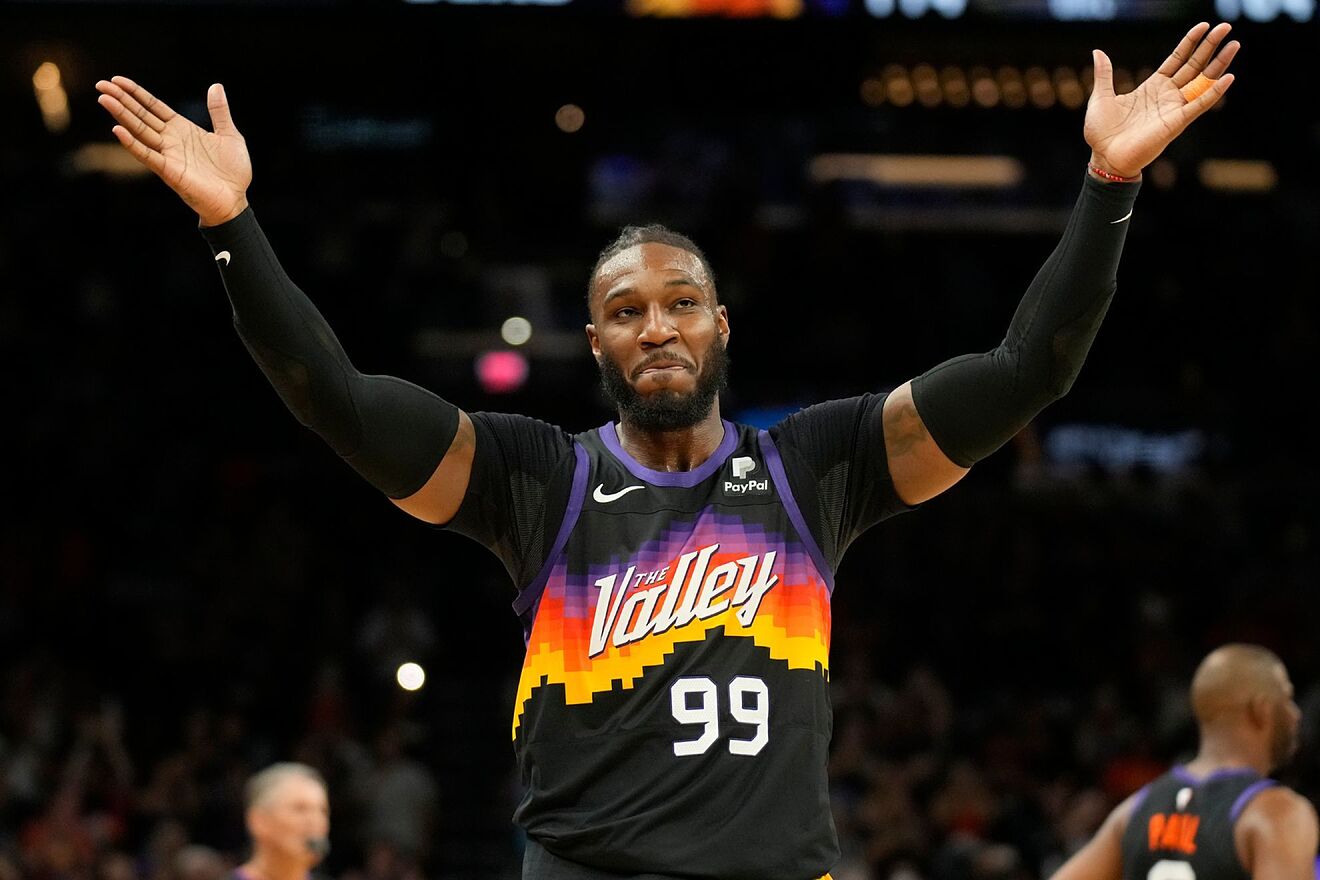 Jae Crowder and the Phoenix Suns have mutually agreed to work on a deal that sends Crowder elsewhere in a trade, according to reports.

Crowder, 32, has played two seasons in Phoenix since joining in 2020 and made the NBA Finals in his first year with the Suns but came up short in six games to Giannis Antetokounmpo and the Milwaukee Bucks.

The forward enjoyed a successful spell at the Boston Celtics from 2014-17 under Brad Stevens and playing a key role alongside the likes of Isaiah Thomas, Jaylen Brown, and Kelly Olynyk.

The Phoenix Suns and Jae Crowder have mutually agreed that the veteran forward will not participate in training camp as the sides work on a trade, sources tell @TheAthletic @Stadium.

Crowder averaged 9.4 points, 5.3 rebounds, and 1.9 assists per game in the 2021-22 regular season with Phoenix, playing 67 games and eventually went on to be eliminated by the Dallas Mavericks in the Western Conference semi-finals.

There is expected to be a major interest in the player from around the league and with training camp beginning this week for most teams in the NBA, it is possible that a Crowder trade is imminent.

ONE MUST SEEK WORK WHERE HE IS WANTED.. WHERE HE IS NEEDED.! I AM THANKFUL FOR WHAT THESE PAST 2 YRS HAVE TAUGHT ME.! NOW I MUST TAKE ON ANOTHER CHALLENGE WITH CONTINUED HARDWORK & DEDICATION.! FOR THOSE OF YOU WHO CLOSED THE DOOR ON ME…. THANK YOU! 99 BACK SOON.! 🥷🏾🤫🤐