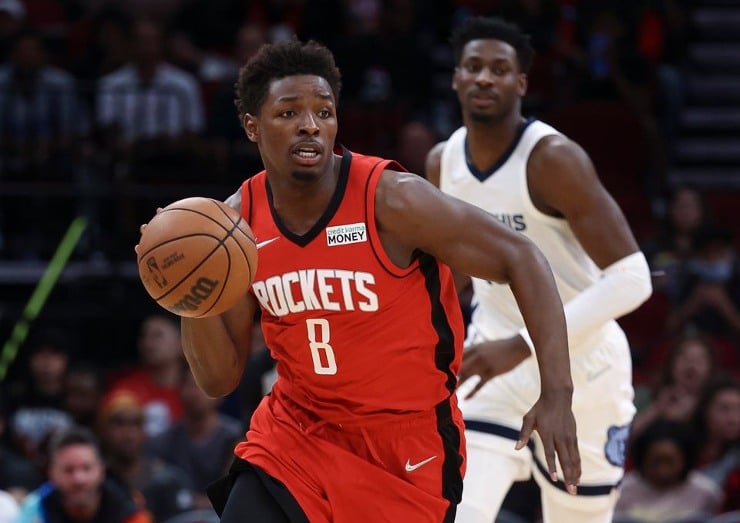 Jae’Sean Tate of the Houston Rockets believes his team will shock a lot of fans in the 2022-23 season. The team’s aggressive playstyle could be the key. Last season, the Rockets finished dead last in the Western Conference.

While several NBA teams could use COVID-19 as an excuse, the Rockets are not one of them. In the 2020-21 season, Houston won only 17 games. Ever since James Harden’s trade to the Brooklyn Nets in 2021, the team has struggled to win.

Most NBA betting sites are giving the Rockets the third-lowest odds to win the championship in 2023. However, there are a couple of sportsbooks that have gamblers putting bets down on them to make the playoffs.

Jae'Sean Tate: "There's a lot of teams around this league that think we're still in rebuild and we're still trying to figure things out. Our whole mindset is going and trying to punch guys in the mouth, try to be the aggressors & I think you guys are going to see that this year."

Additionally, the Rockets have not qualified for the postseason since 2020. After a practice on Thursday, Jae’Sean Tate was asked about his and head coach Stephen Silas’ expectations this season.

“There’s a lot of teams around this league that think we’re still in rebuild and we’re still trying to figure things out,” explained the Ohio State product.

“Our whole mindset is going and trying to punch guys in the mouth, try to be the aggressors. And I think you guys are going to see that this year.”

Furthermore, the wing shot 50.6% from the floor and 30.8% from beyond the arc. Tate finished 18th overall in steals (85). He was then selected to the NBA All-Rookie First Team.

Then, in 78 games played of the 2021-22 season, Jae’Sean Tate averaged 11.8 points, 5.4 boards, and 2.8 assists per contest. Despite not receiving an All-NBA honor, his stats gradually improved.

Though, the Rockets are better off keeping the forward. Jae’Sean Tate turns 27 at the end of this month. Per Basketball-Reference statistics, the forward is projected to average career highs of 15.5 points and 7.1 rebounds this season.

Fellow teammate Garrison Mathews echos Tate’s comments as well. “I think the most important thing about us is we play super hard,” said Mathews.

“I haven’t been around a group yet that plays this hard in the league. When everybody competes, it’s gonna be competitive for minutes, and that’s what you want.”

Prior to a new season, optimism is always a good thing. If the Rockets somehow made the playoffs in 2023, that accomplishment alone would stun quite a few fans. Jae’Sean Tate is ready to prove doubters wrong.