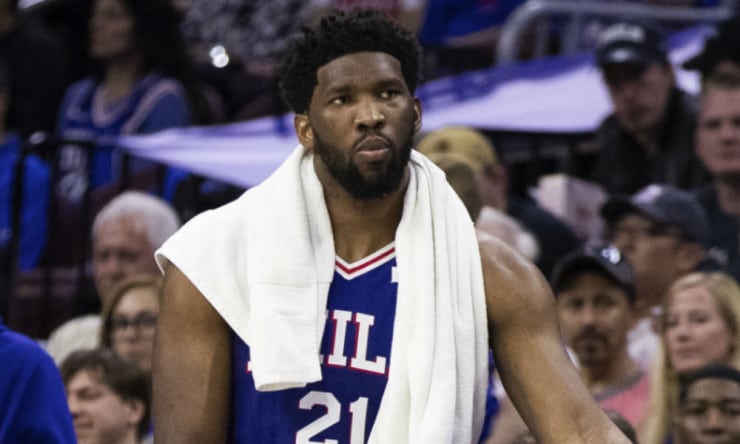 As much as the Brooklyn Nets have been one of the hottest teams in the east as of late, so have the Philadelphia 76ers. They are 8-2 in their last ten games and have a 20-13 record so far this season. Injuries have played a huge factor in the Sixers season and the team has found a way to weather the storm. Philly’s eight-game win streak came to an end last night in a 116-111 loss to the Wizards.

Joel Embiid had another dominant performance for the Sixers with 48 points and 10 rebounds. The Sixers fell short in the final minutes of the game and Embiid was quick to take the blame away from his head coach who’s been scrutinized for things like this in the past. As the cornerstone of their franchise, Embiid did the right thing and Rivers surely appreciated it.

NBA betting sites have the Sixers at (+2000)) to win the Finals this season.

fought until the end.

The Sixers had a rough first-half vs Washington and were down 67-56 to start the third quarter. Washington entered the game as the twelfth seed in the East and gave the Sixers trouble all game. Joel Embiid had 48 and James Harden finished with 26, but the Sixers struggled to find consistent buckets from the rest of their players. Tyrese Maxey could have certainly helped the Sixers in this game, but he is still out with a foot injury.

Speaking to the media after the game, the Sixers five-time all-star Joel Embiid had this to say about the final two minutes slipping away from them.

Whether all the blame was on Embiid or not, he is a true team player for taking the blame for this loss. In the final two minutes of the game, Embiid went 1-4 from the field and split a pair of free throw’s. He additionally added a costly turnover at the end of the game.