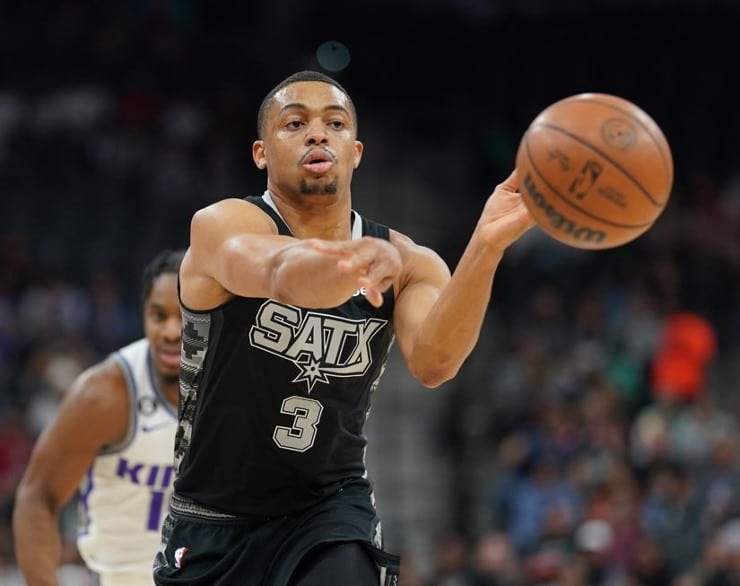 On Tuesday, Keldon Johnson became the first San Antonio Spurs player to record 36 points, 10 rebounds, and four steals in a single game since Hall of Famer and 10-time All-Star center David Robinson. This was his third double-double of the season.

According to multiple NBA betting sites, Keldon Johnson and the Spurs have the lowest odds in the league to win the championship. Sportsbooks are not anticipating a playoff appearance this season.

First Spur with that statline or better since David Robinson. pic.twitter.com/hGK3k3qQMi

“It felt great. I can’t lie,” Keldon Johnson said of his clutch 3-pointer. “They called timeout right after that. I was hyped. My coaches and teammates put the ball in my hands, and I just make something happen.”

Although Brooklyn outscored the Spurs 36-24 in the second quarter, San Antonio went on to outscore the visiting team 25-17 to start the second half. Rookie forward Jeremy Sochan contributed 16 points, four rebounds, two assists, and two steals in 26 minutes played.

Keldon Johnson is the first Spurs player since David Robinson to log 36 points, 10 rebounds, and four steals in a single game, set other franchise records

“A ton of energy, a ton of confidence, that’s who Keldon is,” Sochan said after the win. “He is great. We all trust him.” Trusting the Kentucky product paid off in the end. This victory snapped San Antonio’s five-game losing streak. However, the Spurs have won just two of their last 10 games.

Through 39 starts this season, Keldon Johnson is averaging career highs of 21.5 points, 2.6 assists, and 32.3 minutes per game. In addition to logging 4.9 rebounds per contest, the wing is shooting 42.1% from the floor and 33.6% outside the arc.

Keldon Johnson joins David Robinson and Tim Duncan as the third player in Spurs history to record 3,000 points and 1,000 rebounds in their first 200 games! pic.twitter.com/RUJbpnaWAO

For other in-depth statistics, Johnson is averaging a career-high usage percentage of 28.6%. While the 23-year-old’s player efficiency rating (14.6) is nowhere near his best, the wing’s 3-point attempt rate is 40.5%, the highest of his NBA career.

Earlier this month, the forward joined David Robinson and Tim Duncan as the only players in Spurs franchise history to record 3,000 points and 1,000 boards in their first 200 games.

During this past offseason, Keldon Johnson signed a four-year, $74 million rookie-scale extension with the Spurs. His new deals begins in the 2023-24 season. Of course, his deal includes $6 million in total incentives. The forward’s cap hit next season is $20 million.