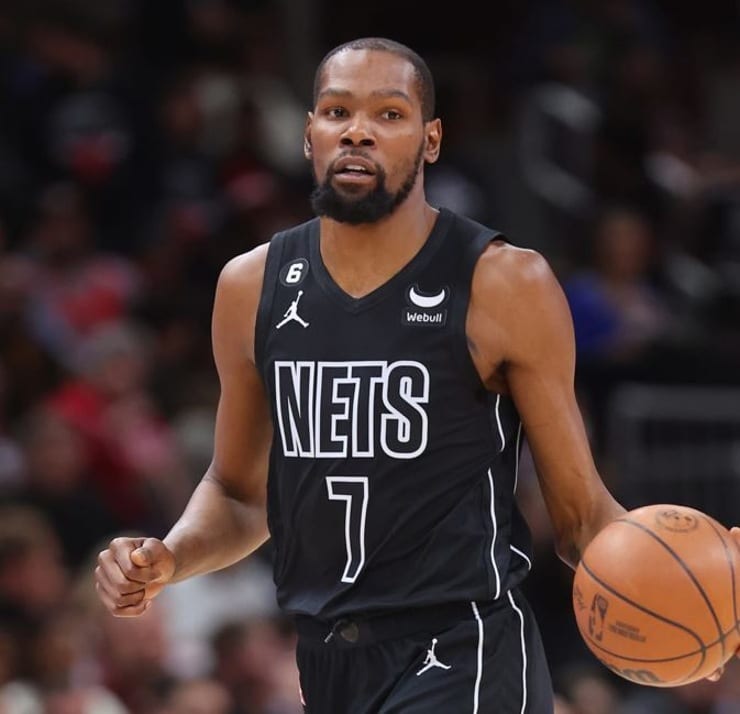 Kevin Durant is arguably the best player in the league and for good reason. The one-time MVP has already compiled quite the NBA resume. With how well he has played as of late, Durant is making a case to win his second-career MVP award. Luka Doncic, Nikola Jokic, and Jayson Tatum are still favorites to come away with the award, but Durant is starting to climb the ladder, especially with how dominant the Brooklyn Nets have looked recently. Per Vegas Insider, Durant currently has +700 odds to win the award. The four players currently ahead of the two-time champion in terms of odds are Luka Doncic, Giannis Antetokounmpo, Nikola Jokic, and Jayson Tatum. Regardless, Durant has the capability to become the favorite before the regular season ends.

Once again, Kevin Durant is having another stellar campaign in route to his 13th All-Star appearance. So far, KD is averaging 30.0 points, 6.8 total rebounds, 5.4 assists, and 1.5 blocks per game. The four-time scoring champion is also shooting an effective field goal percentage of 60.9 percent, a career-best so far this season. On top of this, Durant’s advanced numbers are also very impressive. Thus far, he possesses a player efficiency rating of 27.1. He is also averaging a box plus/minus of +7.3, a win-share total of +6.4, and a true shooting percentage of 67.5 percent.

Not to mention, he is becoming the true leader of this young Brooklyn Nets team. Something the team has needed after a dysfunctional start to their season with all the drama surrounding them from the KD trade rumors in the summer and the Kyrie Irving drama. He is leading by example and it is becoming contagious to the supporting cast. Players such as Seth Curry, Yuta Watanabe, and Patty Mills have stepped up in many ways. While these players are very capable in their own ways, there is certainly some correlation with the team’s improved production in the past month coupled with KD’s high level of play.

We have already went over how well Kevin Durant is performing. What about the other candidates? Giannis is currently averaging 32.0 points, 5.2 assists, and 11.8 total rebounds per game. The Milwaukee Bucks are currently third in the Eastern Conference. Jayson Tatum has the Boston Celtics in first place in the entire league. In the meantime, the Boston small forward is tallying 30.7 points, 8.2 total rebounds, and 4.2 assists per game.

We would be remiss to not mention the defending two-time MVP. Jokic has led the Nuggets to the best record in the Western Conference is currently averaging nearly a triple double with 25.3 points, 9.5 assists, and 10.8 total rebounds per game. As for Luka Doncic, he is doing his best to keep the Dallas Mavericks in the Western Conference playoff picture. They have jumped all the way up to the fourth spot in the West after a slow start to the regular season. Doncic is currently tallying a career-high 34.0 points to go along with 8.8 rebounds and 8.7 assists per game. As one can see, KD has a ton of competition for this year’s MVP. However, with the way Brooklyn has played as of late, he will keep climbing the MVP ladder.