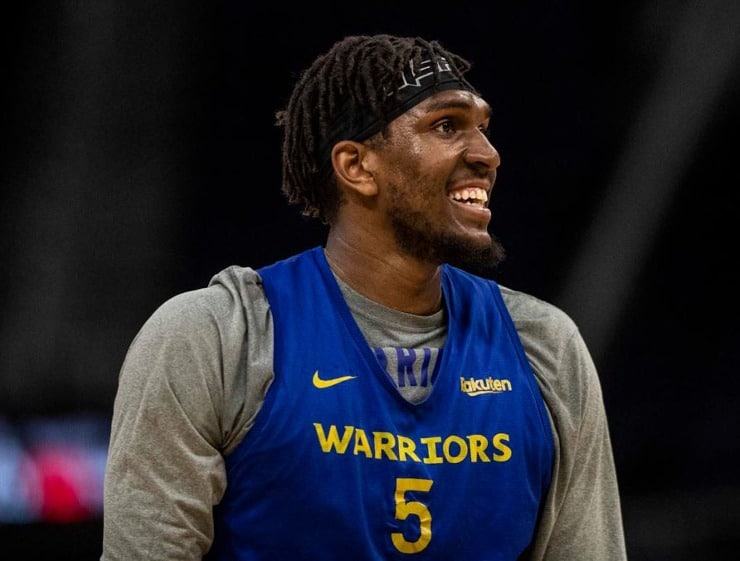 Golden State Warriors center Kevon Looney struggled learning how to play effective basketball with Stephen Curry in his earlier years in the league, and now the three-time NBA champ is sympathizing with younger players.

“I take pride in being able to catch,” said Looney. “And my first couple years, I feel like I couldn’t catch.” The UCLA product recalled times when he would execute a pick and roll at the wrong time. Equally important, the center was unaware when Curry would pass him the ball.

Per multiple NBA betting sites, the Warriors possess the third-best odds to win the championship in 2023. A few sportsbooks show higher odds for the Boston Celtics and Milwaukee Bucks.

The Warriors are starting traditionally in Minnesota this afternoon: Steph Curry, Klay Thompson, Andrew Wiggins, Draymond Green, Kevon Looney. That five-man unit is a cumulative +125 in 230 minutes this season. No other NBA lineup is better than +66.

“He might throw it behind the neck,” added Kevon Looney. “He might pass it behind the back. And He might look you off the first two times, then come to you on the third one.

It ain’t something you just script. Some of his passes be out of nowhere. And I was on a short leash. You turn that mug over; you get subbed out quick.”

According to Looney, it took him two full seasons to learn how to play championship-caliber basketball with Curry. After his fourth year, the first-round pick felt the most comfortable. Gaining confidence was the key.

“I definitely did feel like I earned a graduate degree when I figured it out,” mentioned Kevon Looney. “When guys actually started liking to play with me, I knew I made it.

I understand all their pain. A lot of times you catch the ball, and you feel like you’re wide open and you’re like, ‘I’m gon’ shoot it.’ But nah, nah. Steph is coming around off a screen.

“You better wait a second and pass it to him in the corner. That’s what makes the offense go. In turn, he’s going to find you for a dunk. You’ve got to find the balance of turning down the decent shots for great shots.”

He hasn't missed a game in 2022 yet. pic.twitter.com/SlWyAINwzT

The center’s fourth year was arguably his best. In 80 appearances during the 2018-19 season, Looney logged a career-high 6.3 points per game. Moreover, in addition to shooting 62.5% from the field, he also averaged 5.2 rebounds and 1.5 assists.

Through 21 starts this season, Kevon Looney is averaging 6.0 points, 6.9 boards, and 3.1 assists. For an added bonus, the Warriors center is shooting a career-best 64.4% from the floor. If the 26-year-old stays healthy, the 2022-23 season could be his best season yet.

So far this year, Looney has appeared in 153 straight games for the Warriors. He has not yet missed a game in 2022, knock on wood.