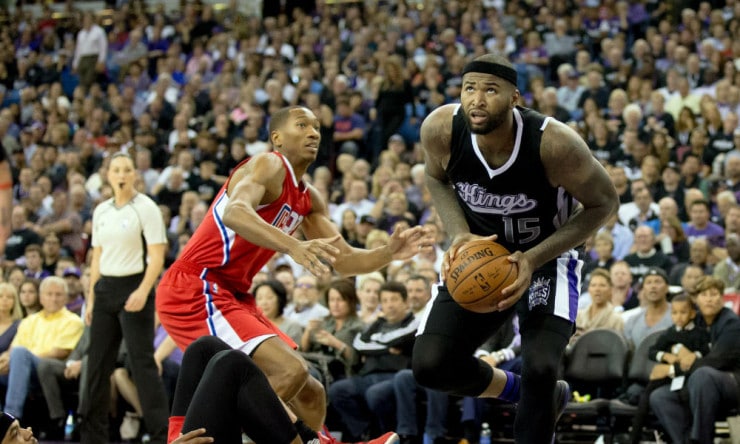 Kings center DeMarcus Cousins suffered a sprained left ankle late in Sacramento’s 121-117 loss to the Memphis Grizzlies on Saturday night. The injury forced him from the game.

The injury occurred with 2:03 remaining in the fourth quarter, when Grizzlies center Marc Gasol fell into Cousins’ ankle while diving for a loose ball.

Cousins, who was recently named to his second All-Star Game, had to be helped off the court and seemed unable to put weight on the foot. X-rays on the ankle were negative, according to the team. He’s considered day-to-day.