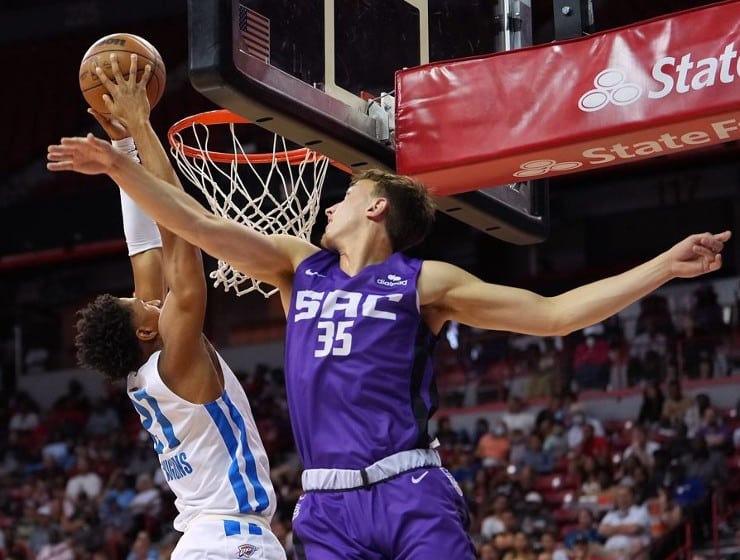 The Sacramento Kings have signed forward Jeriah Horne and guard Alex O’Connell to Exhibit 10 contracts, according G.M. Monte McNair. These are nonguaranteed deals.

Ford and Iwundu are expected to play with the Stockton Kings, the team’s NBA G League affiliate, in the 2022-23 season. The Kings have already acquired both players’ G League returning rights.

Per multiple NBA betting sites, the Sacramento Kings have the ninth-lowest odds of winning a championship in 2023. However, a few sportsbooks are counting on them ending their 16-year playoff drought this season.

According to a league source, the Kings have waived Jordan Ford and Wes Iwundu. They have signed Jeriah Horne and Alex O'Connell to Exhibit 10 contracts, creating a pathway to the Stockton Kings. Horne and O'Connell are at shootaround and will suit up vs. the Lakers tonight.

Anyway, Horne went undrafted out of Tulsa. In 155 career games played in the NCAA, the Kansas native averaged 10.6 points, 5 rebounds, and 1 assist per game through five seasons.

During his freshman 2016-17 season with Nebraska, in 29 appearances off the bench, Horne logged 4.3 points and 1.9 boards per contest.

Prior to the 2017-18 season, the forward transferred to Tulsa. Due to NCAA transfer rules, the 6’7″ wing sat out the entire season.

He finished his career as the 49th leading single-season scorer in school history. With a total of 1,166 career points in three seasons, Horne tied Eric Coley for 25th place on the school’s all-time scoring list.

As for Alex O’Connell, the 6’6″ guard averaged 5.8 points and 2.6 rebounds through 160 career games in the NCAA. He went undrafted out of Creighton. With the Stockton Kings, he has a fair chance of succeeding.

Following O’Connell’s transfer to Creighton, he underperformed offensively with the Bluejays. While recording a career-low 9.7 MPG, the guard averaged 3.4 points and 2.2 rebounds in 24 games off the bench.

Equally important, as a fifth-year senior, O’Connell averaged career highs of 11.8 points, 5.3 boards, and 2.1 assists per contest during the 2021-22 season.

Furthermore, both Jeriah Horne and Alex O’Connell will probably be waived by the Kings in the coming days. Sacramento has 20 players on its roster right now.

For the NBA regular season, a maximum of 15 standard contracts and two other deals via two-way contracts are permitted for each team.

If a player signed to an Exhibit 10 contract gets waived and spends at least 60 days with the team’s G League affiliate, a $50,000 bonus is issued.